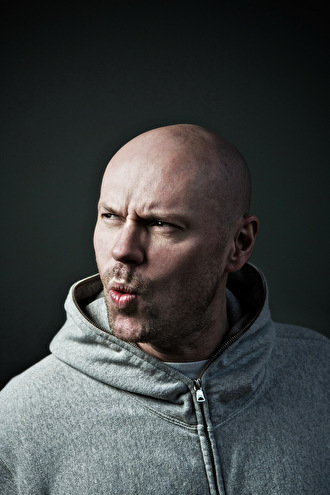 Cue the abrupt sound of a needle scratching across a record as we cut across the Atlantic Ocean to the city of Leeds, northern England a few years later. It's hardly a hotbed of gay Latino abandon, but it is here that we find a young Dave Seaman playing records. Dave is a mobile DJ playing at one of those bread & butter staples of 80s DMC DJs: weddings, bar mitzvahs and birthday parties. Whilst cueing up the first of six million kick drums, he is longing for a bigger dancefloor, one that'd not been invented yet, one filled with an ecstatic experience that had yet to be shared. He arrives home and enters a competition that ran in a black & white glorified newsletter called Mixmag; first prize a trip to the New Music Seminar in New York. He won. One year later, he was editor of Mixmag.

But this isn't an Acid House fairytale, and having a hand shaping Mixmag into the devout clubbers bible it became wasn't enough for Dave. Ask one question to any rightminded young journalist in the 90s and they'd have given you the same answer: I'd rather be a DJ. But that wasn't enough for Dave either. Beat by beat, twelve inch by twelve inch, within a year Dave went from djing alongside Sasha and Laurent Garnier at midland's wunder-rave Shellys to remixing Michael Jackson: it was one white glove a gogo.

What got Dave that far wasn't the blind ambition of me, me, me; it was an ear for melody and an untold passion for music. And it was in the studio – alongside Brothers in Rhythm partner Steve Anderson – that his ear for melody found its natural home. One of their first forays into recording gave birth to a record that good times found impossible to ignore; 'Such a Good Feeling' set the charts and dancefloors on fire. This crossover appeal, welding pop sensibilities to underground credentials without the dilution of either, ensured the duo entertained a cast of music's finest over the coming years. A staggering ninety releases bare Dave's name in their credits. Brothers In Rhythm remixed the great and the good. Then the great and the good asked them to produce and write for them too. U2, New Order, David Bowie – and Kylie, Take That and Pet Shop Boys respectively. And then Dave gave it all up.

No he didn't. He started a record label. I know what you're thinking: 'Did this guy ever sit down during the nineties?' or perhaps 'Why didn't he turn his other 'non-DJ' hand to smashing a tyrannical dictatorship?' The answer is Fun; it's fun to run a label, even if you do elect to call it Stress Records. Under Dave's stewardship the label quickly became a byword for quality; Danny Tenaglia, Groove Armada's Andy Cato, Sasha and John Digweed all added their names to a glorious release schedule. Stress put records in the charts and on to the soundtracks of cult movies: Trainspotting's nightclub scene wouldn't have been the same without Bedrock's 'For What You Dream Of'. In fact, without Stress Records to soundtrack the weekends, much of the days UK club scene would have had a 12inch-sized hole in it too. Dave superseded Stress Records with a new imprint called Therapy, and it's been no stranger to big name good times either: Popof, Timo Mass, Pig & Dan, Tiger Stripes and Robert Babicz have all played a part in cementing it's discography.

But being a record exec is only ever going to be something to fill the winter weekdays; DJing is Dave's first love and his longest lasting. It is his ability to shake, rattle and roll a crowd into a triumphant mass of up-stretched arms that's catapulted him around the world. He's played in seventy countries, countless fields and a selection of the world's finest nightclubs over the last fifteen years. From Creamfields to Glastonbury, the Arctic Circle to the Arabian deserts: Dave is walking proof of dance music's global ability to unify and excite. His twenty-five plus excellent mix compilations for the likes of Renaissance, Back To Mine, Radio 1 Essential Mix and Global Underground will help pass the time until he's back in your hemisphere once again.

So, is it about talent or luck? Do you believe in all those right-time, right-place Gladwellisms? I'm not sure either, but like the music Dave's been playing for years; it sounds extraordinary doesn't it?
Interview
Dave Seaman launches Seladoria at ADE · 16 oktober 2019
Dave Seaman is one of the most prominent original batches of superstar DJs. Trawling the skies keeping pace with a packed gig diary, he finds time to run respected imprint Selador Records, which provides high-quality electronic sounds to discerning music fans globally. Not content with that, he hosts sell-out Selador events showcasing the label's brightest talents, and also manages to fit in touring globally with Danny Howells and Darren Emerson as 3D. Now it's now time for a new movement to launch the label into the stratosphere as we move toward 2020 - ladies and gentleman, please welcome: Seladoria.