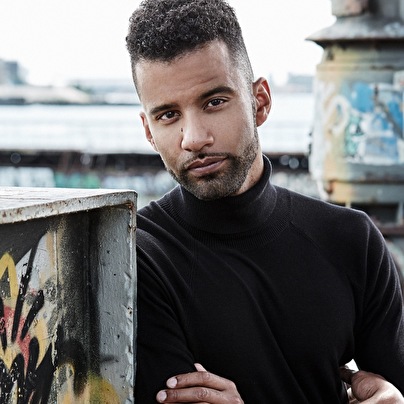 Describing Joshua Walter in one word would have to be "diversity" His fine-tuned sense of eclecticism and capability to make each and everyone have a good time have given him an extremely wide range of possibilities. This is exemplified by his residencies at high-end clubs like Jimmy Woo and Escape in Amsterdam, not to mention Club Shoko in Barcelona where you can check out this stylish Dutchman every month. With so much experience Joshua is comfortable in any setting, and he will please the crowd no matter what.But that's not all, let's not forget about his weekly radio show "Off The Record" where Joshua lets listeners get a taste of his favourite new hits and all-time classics.

Besides being in the spotlight during shows, Joshua spends a lot of time and energy backstage creating his own concepts. Next to starting up the funky nightlife network "Fewkidsontheblock, he is in close collaborations with the up-and-coming party collective The Eclectic Eleven. Together with these multi-talented youngsters he is planning to take over the world, one party at a time.

Two of Joshua's noticeable events were the 3-hour solo sets during Queensday in Utrecht('07 & '08) and the New Years Eve party on Dam Square in Amsterdam(2006), with a crowd of more than 55,000 people.

With Engineerz of Soul, Joshua has done numerous productions for the likes of Radio 538, Radio Veronica and the MTV Mash Up CD. Next to all of the previously mentioned projects, Mister Walter is currently doing overtime in the studio, working on hot new records that should be released early 2012.

A lot has been achieved in the past ten years, but Joshua shows no signs of stopping. So keep your eyes and ears open, because there is a very big chance you'll be running into him at a party, in the record stores and even on the radio.