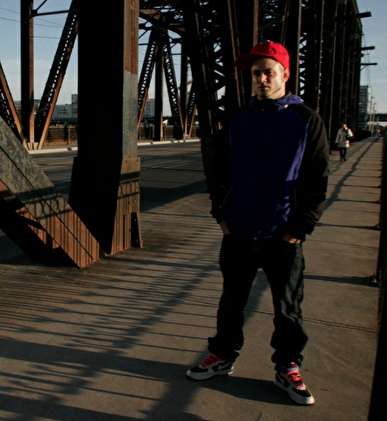 , Amenti Music, with many of his productions featured on several House of OM CD Series' (Carter & Farina LIVE, DJ Sneak, Fred Everything) as well as Mark Farina AND Derrick Carter's 'Sessions' for Ministry of Sound UK, respectively – all promising a steady and bright future for Canada's best-kept secret.
These last 2 and a half years have sent Jason across the globe, from Brazil to Belgium to Bulgaria, all the UK majors and exclusive Ministry of Sound events, Istanbul, Turkey, the Netherlands and over to Asia and Australia with the beautiful continent South Africa on the horizon.
For those who know, the name Jason Hodges represents the technical craft he pours into every production, with highly anticipated tracks being played and praised by the likes of Mark Farina, DJ Heather, Derrick Carter, DJ Raoul, among other eminent House Music Pioneers around the world.
Sneak on Hodges: "He's the Kenny Dope of Toronto". He has productively advanced into a solid house music trooper…"