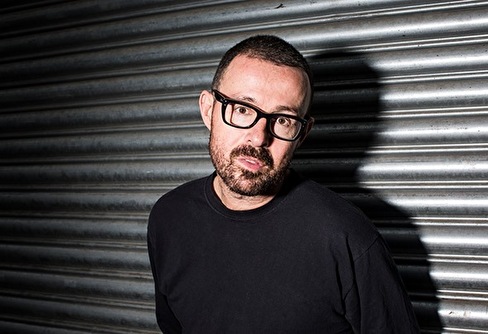 With a list of awards that would make the British Olympic team blush, Jules has earned his place amongst the DJ aristocracy with such accolades as - Best DJ (Muzik Awards), No.1 DJ (Mixmag readers' poll), Best International DJ (Dancestar Awards), and Best Radio DJ at the Smirnoff Dancestars. Jules also attained the lofty height of No.3 in DJ Mags legendary Top 100 DJs poll in 2000 and has been a constant presence in the upper echelons of the poll ever since.

Clubs
Awards aside, Judge Jules remains one of the most popular, in-demand and influential figures in dance music, playing some of the most sought-after gigs. As a pioneer of the club scene, Jules continues to grace the decks at many of the worlds biggest and best dance events. From Gatecrasher and Ministry of Sound to Global Gathering and Creamfields in the UK, Jules is always a firm favourite, as he is at the top clubs and events around the world…

Ibiza - Judgement Sundays
They say that you haven't achieved iconic status as a DJ until you have established yourself in Ibiza, and Jules' presence there is legendary. His weekly night, 'Judgement Sundays', every Sunday @ Eden Discoteca, is one of the island's busiest and most famous. In 2009, Judgement Sundays celebrated ten years at the top of its game - no mean feat for a club night in Ibiza. The subsequent years have cemented "Judgement's" reputation as a must-see event for the 16 weeks of each summer season. Jules plays at each event alongside the true aristocracy of dance, including the likes of (in 2011) Ferry Corsten, Sander Van Doorn, Eddie Halliwell and Cosmic Gate.

Podcast
Jules' podcast has become one of the most eagerly awaited arrivals to the personal playlist of nearly half a million subscribers. His weekly dispensation of the must -have new tunes is fast becoming an institution in its own right.

Radio
Jules has enjoyed and long and influential heritage on radio over a 20 year period, with Kiss FM, then Radio 1, and now his internationally-syndicated Global Warm Up show, winning numerous awards and plaudits from music fans and fellow DJs along the way.

Producing / Writing / A&R
Jules has been busy in the studio in 2011/12 with a stack of top-notch tracks awaiting release, which will be rocking dancefloors worldwide in the coming months.

In the early days, Jules' ear for a good track was put to good use as A&R for Manifesto Records in the '90s, where he sniffed out some of the biggest ever dance hits, including Josh Wink's 'Higher State of Consciousness'. He went on to collaborate with fellow producer Paul Masterson under the guise Hi-Gate. The project resulted in three Top 20 hits in the UK charts and a well received album. Since then he has released over 100 remixes and singles.

In October 2006 a personal ambition was realised as Jules released his debut solo album, Proven Worldwide, in both the UK and US. Eagle-eared listeners may have heard the man himself contribute vocals on a few tracks. In 2009, Jules released his second artist album, Bring The Noise on Maelstrom Records which featured a selection of 'tried and tested' dancefloor bombs. The third album is currently under production.

Compilations
Jules has mixed countless DJ mix compilations for Ministry Of Sound, Universal and Warner Bros, including the legendary MoS Annuals and the Clubbers' Guide and Trance Nation. Altogether Jules has racked up well over three million compilation sales, with many releases reaching Platinum, Gold and Silver status.