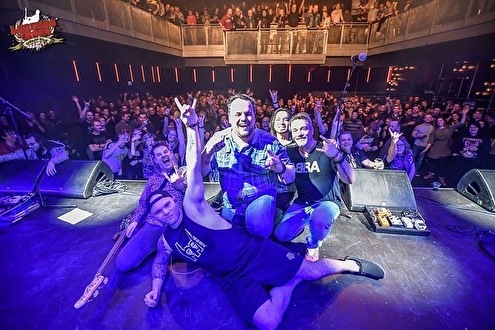 The greatest rock band of our time, emerged from one of the most influential bands; that's Foo Fighters. Anyone who ever joined a concert knows that they're one of the most energetic stage acts nowadays. From the beginning to the very last chord it's loud - very loud, and not just because of the decibels.

Monkey Wrench is no different. Monkey Wrench plays Foo Fighters repertoire, and represents 120% of energy, fun and above all uncompromising ROCK and is a true tribute to the living legends of Foo Fighters.