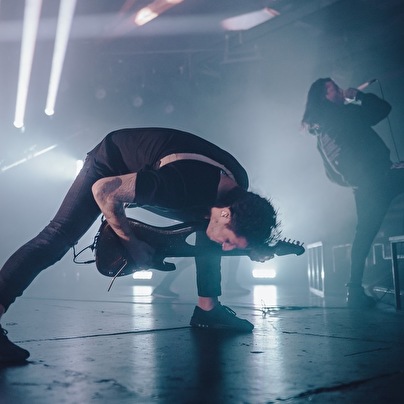 A Chelsea Grin in soccer hooligan terminology is the act of cutting a rivals mouth with either a credit card or blade and then kicking them in the crotch so their mouth muscles split into a bloody grimace. Chelsea Grin, the band from Utah armed with THREE guitarists use a foundation of hardcore grit combined with death metal technicality and grind speed to produce as much aural harm as the back alley jaw split.