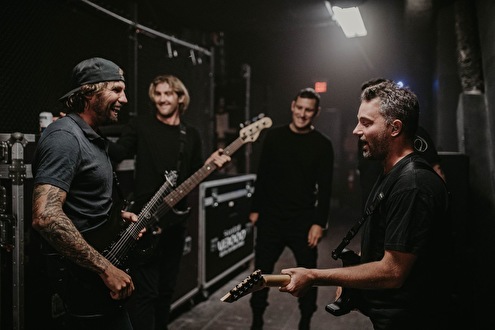 A five- piece from Byron Bay. 2005 full-length debut, "Killing With A Smile" spent time in the ARIA National Top 40.

In 2007, PARKWAY DRIVE unleashed their sophomore effort, "Horizons". Recorded once again by producer and Killswitch Engage guitarist Adam Dutkiewicz at Zing Studios in MA, USA, Horizons debuted at 6 on the ARIA chart, 1 on the Australian Artist chart and 1 on the Independent chart.

In 2009 the band released PARKWAY DRIVE: "The DVD" a 70 minute documentary. Featuring archival footage dating right back to their very first shows. Within a week of release, "The DVD" was certified Gold.