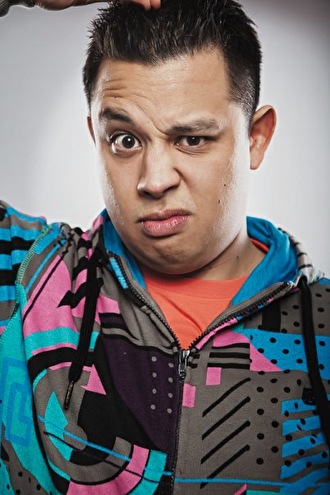 The Overview: Both under his own name and through a matrix of pseudonyms, monikers and collaborative handles, Cliff has twisted and re-imagined the trance genre into his own, fresh off-world sound and in doing so he's drawn a raft of support from the planet dance's biggest DJs. He's a key member of the Dutch 'Trance Generation 2.0' collective – a highly individual producer amongst a tightly knit and forward-thinking contingent. Behind the decks, Coenraad has proved time and time again his spinning acumen, descending from the clouds to enthrall clubs & festivals. Digital Society, Luminosity, Germany's Love Parade and Trance Energy are just a few of the gigs and events that have experienced his six-sense tune selection and wildstyle mixing abilities.

The Productions: Cliff first entered the EDM atmosphere at the tail-end of 2005, with a rapid 1-2-3 of remixes under his Astatic guise. These first contacts were picked up on by many a receptive DJ, including Marco V, Judge Jules, Paul van Dyk, Above & Beyond, and Sander van Doorn. In early 2006 his first Astatic release, 'The Hollow Man' was signed by United Recordings sub-label Dedicated and b/w-ed by 'Cascada'. These two phat tech-trancers sharpened attention again to this new blip on the trance radar. In the same year Cliff stepped, for the first time, into the studio with another producer. In tandem with Leon Bolier, they spawned 'The Mighty Ducks' and 'Mohawk', signing them to Menno de Jong's Intuition Recordings imprint. These were followed in 2007 by 'Manjula' & 'The Hazzolator' (the first solo tracks under his own name, and again for Intuition) & 'We Feel', which was produced in partnership with Re:Locate. As 2008 dawned he started a new label relationship, this time with Dutch heavyweight High Contrast, and more specifically with In Charge, early advocate Marco V's label. 'Filthy Ripper', 'Modulate' and 'Nord West' all hit the turntables, record racks and mp3 collections of DJs and fans in that year, further swelling the producer-from-another-planet's already healthy following.

The Remixes, The Aliases: In and amongst all this raw tech-power though, Coenraad does from time to time display a more melodic side. 'Escalate', under his Mulika pseudonym & the recent Richard and Moore track 'Nevada' (alongside Thomas Hagenbeek) channel some cooler, more Mediterranean-influenced sounds. Coenraad is as an adept a remixer of others people's tracks as he is a producer of his own. Breathing new life into every track he tackles, he prides himself on bringing a fresh perspective to every one… or not doing them at all! Through his career he's 'Repimped' numerous tracks, including Cor Fijneman's 'Disappear' (ITWT), Danjo & Styles 'Duende' & Ernesto vs Bastian 'Thrill' (both High Contrast), Leon Bolier's 'Ocean Drive Boulevard' (2Play) & Sylver's 'Foreign Affair' (ARS/Universal).

The Arch Turntable-ist: Since 2007 Coenraad has been terraforming events with his brand of otherworldly deck work. Creating traffic jams to the dancefloor wherever he plays, he has worn down hundreds of thousands of clubbers shoe rubber, inside a multitude of clubs and tents. Through a blend of firebrand beats and rhapsodic & skyscraping riffs, he has continued to bring the very best to nights around the world. These have included EnTrance in Poland, Digital Society in Leeds (where he's already spun twice), Berlin's iconic Love Parade in 2008 and most recently Trance Energy 2009 at Jaarbeurs in Utrecht.

In the summer of this year he is also preparing to rock the colossal Mysteryland festival in The Netherlands.