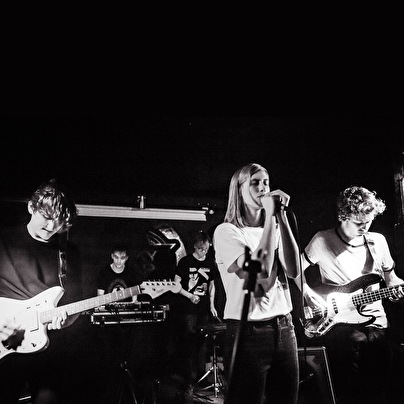 Whispering Sons is a Belgian post-punk band formed in 2013. Their dark sound breathes desperation and nervosity, which translates into an ominous atmosphere. Their first EP 'Endless Party' was released in December 2015 on Wool-E Tapes and was reissued on vinyl in March 2016 through Minimal Maximal. In April 2016, the band won Humo's Rock Rally, Belgium's most prestigious music competition.