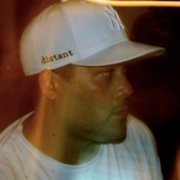 Cutler has lived in New York City all his life. He began DJing at the age of 15, and studied photography at the School of Visual Arts before returning to house music full-time.[1] Cutler began releasing 12-inch remixes on his own Distant Music record label in 1997.

In 2001, Cutler produced the track "It's Yours" (featuring E-Man) for Chez Music, which hit #38 on the UK Singles Chart.

Do you want it?