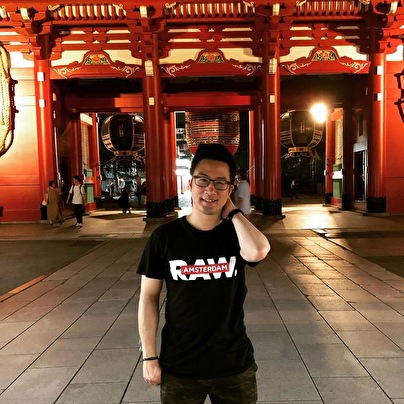 As a performing artist, Somna fuses together traditional mixing with current technologies in a way that creates an atmosphere for fans into a journey of what trance is truly about. His experiences with prior aliases over the years has led to performances at Global Gathering, Creamfields, Coloursfest, Eden (Ibiza), The Arches (Scotland), LoveFest

Just a peek into support from the world's top trance DJs includes regular premieres on universally popular podcasts such as A State Of Trance, Group Therapy, Corsten's Countdown, Global DJ Broadcast and more. Recognition from A-list DJs includes Armin Van Buuren, Above & Beyond, Ferry Corsten, Markus Schulz, Paul Van Dyk, Gareth Emery, Andy Moor, TyDi, Lange, Cosmic Gate, Paul Oakenfold, Guiseppe Ottaviani, Heatbeat, Mark Sixma and many more. The abundance of support stands as a true testament to the quality of Somna's music.
As a prolific multi-genre producer and engineer, his track alongside Andy Moor "One Thing About You" featuring Amy Kirkpatrick, reached #1 on Beatport and stayed in the top 10 for three weeks. Adding to Somna's Beatport success, "One Thing About You" won the 2015 award for the most streamed trance track on Beatport.

2015 and 2016 also saw multiple Somna releases reach the top 10 on Beatport, with tracks featuring the likes of Jennifer Rene & Michele C. To mark Lange Recordings' 200th release, Somna was invited to team up with Johnny Yono and Monoverse. The result was "Hijackers", a triple threat labor of love which reached #3 on the Beatport charts. During these years, Somna also made two label debuts (Armada Captivating and Future Sound Of Egypt Excelsior) and joined the trance elite as he had the honor of mixing a 3 disc compilation alongside Andy Moor for AVA Recordings' 10 year anniversary. Coupled by a truly rare triple play on A State Of Trance (episode #791), 2016 was fantastic year for Somna.

His success carried over into 2017 as Somna showed no signs of slowing down. As one of the few trance artists hitting 100k+ monthly listeners on Spotify, Somna has an average monthly listener base of 140,000+ and the yearly collected data showed a staggering 13.4 million plus minutes streamed for his music on the #1 streaming platform.

With 2018 only just begun, it's already becoming a powerhouse year for Somna with a new single on Armada's Captivating label as well as hitting the landmark 1 million streams for his single "Look Back" on Spotify!

As the label manager, A&R and co-owner of AVA Recordings, Somna continues to make strides while playing an important role within the scene. His monthly radio show entitled "Reanimate Music" broadcasts every second Monday on Afterhours.fm, the #1 trance radio station in the world. The coming year looks nothing short of bright for Somna with forthcoming releases scheduled on Armada Captivating, AVA Recordings and he is delighted to share a plethora of new music with fans in 2018.