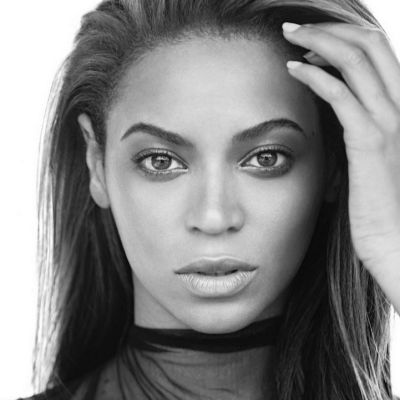 Following her success with Destiny's Child and a transition into a solo artist, Beyoncé has become one of the defining artists of our generation. As a singer, songwriter, performer, actor, filmmaker, Beyoncé is a creative tour-de-force who has captivated, astonished the masses and is celebrated by the world.

In 2003, Beyoncé made chart history once again as she became the first artist in 20 years and the first female recording artist ever to simultaneously reach #1 in the U.S and the U.K with her debut solo album, Dangerously In Love and the chart-topping single "Crazy In Love." Beyoncé went on to tour the US for the first time as a solo artist in 2004 in support of her #1 multi-platinum debut solo album, which earned her five Grammy Awards including Best Contemporary R&B Album and Best R&B Song for "Crazy In Love" featuring JAY Z. With her five-in-one-year Grammy win, she tied the record for the most Grammys won in a single year by a female artist.

Following the success of her solo debut, Beyoncé released two consecutive #1 albums, B'DAY in 2006, which produced the hits, "Irreplaceable" and "Beautiful Liar," and I AM…SASHA FIERCE in 2008, which was the most-talked about album of 2009. Her iconic video for the single, "Single Ladies (Put A Ring On It)," nearly melted the Internet, instantly becoming the most-watched and most-mimicked clip around the entire globe. The "I AM…" World Tour opened in Canada in March 2009 and took Beyoncé to over 100 cities around the world, with Billboard Magazine naming it the #1 concert attraction of 2009. Billboard also named BEYONCÉ Woman of the Year in October 2009 and Top Female Artist of the Decade in December 2009.

Having earned 17 Grammys to date, Beyoncé started 2010 with some historic wins at the 52nd Annual Grammy Awards. Coming into the awards ceremony as the most nominated artist of the year with ten nominations for I AM…SASHA FIERCE, BEYONCÉ took home six Grammys, setting a record for the female artist with the most wins in one single year.

The summer of 2011 saw the release of Beyoncé s fourth album, aptly named 4, which also debuted at #1. The critically praised album produced the hits "Love On Top," "Countdown," and "Run The World (Girls)." The incredible debut TV performance of "Run The World (Girls)" on the Billboard Awards in May 2011 became one of the most talked about performances of the year. On June 26, 2011, two days before the album's release, Beyoncé made her historic debut on The Pyramid Stage at Glastonbury Festival, performing for a crowd of 114,000. Her appearance was the highlight of the festival and the live broadcast on the BBC was the largest TV audience of the Festival Sunday coverage in history with 2.6 million people tuned in to watch Beyoncé's closing show.

Continuing her amazing live dates, in August, Beyoncé performed her album 4 to an intimate audience of less than 4,000 each night over four nights at New York's famed Roseland Ballroom.

In 2012, Beyoncé resumed live appearances after the birth of her daughter early in the year with four sold-out shows during Memorial Day Weekend in Atlantic City, New Jersey. She also performed at the newly opened Barclays Center in Brooklyn, New York. In August, Beyoncé supported the United Nations in its celebration of World Humanitarian Day and its successful mission to send 1 Billion messages of people doing good deeds all over the world. Her performance of "I Was Here" at the United Nations General Assembly was filmed for a live video. It was the first time since the 1979 Music For UNICEF Concert that the GA was used for a major musical performance.

2013 was an eventful year for Beyoncé with performances for President Obama's second Inauguration and at the Super Bowl Halftime show to a TV audience of 108 million. She directed and produced "Life Is But a Dream," the documentary feature that premiered on HBO giving the network its biggest audience for a documentary in almost 10 years. BEYONCÉ kicked off the sold-out Mrs. Carter Show World Tour in Europe on April 15 and played an incredible 108 shows in Europe, North America, South America, Australia, Canada and the Caribbeann, wrapping up on December 22 in Brooklyn, New York. In November she won her sixth award at MTV Europe Music Awards, this time for Best Live Act. It was her eighteenth MTV Award overall.

True to form, Beyoncé finished 2013 with an audacious, future-facing and exhilarating move, which became the most talked about event in the music business. The unprecedented strategy was the brainchild of Beyoncé, who wanted to deliver music and visual content directly to her fans. It took place just a little past Midnight on Friday, December 13th with the surprise release of BEYONCÉ, her fifth solo studio album and first visual album. Infused with 14 new songs and 17 visually arresting videos, the visual album was released with absolutely no advance notice nor traditional media fanfare, directly on the iTunes Store.

The album quickly shattered iTunes Store records selling 828,773 albums in just three days and moving to Number One in all 104 countries where iTunes keeps records. It was the fastest-selling album in iTunes history, selling over one million copies worldwide and achieving platinum status in five days. Within seconds of its release, BEYONCÉ became the global hottest topic online, a true defining moment in popular culture.

"I didn't want to release my music the way I've done it," she said. "I am bored with that. I feel like I am able to speak directly to my fans. There's so much that gets between the music, the artist and the fans. I felt like I didn't want anybody to give the message when my record is coming out. I just want this to come out when it's ready and from me to my fans."