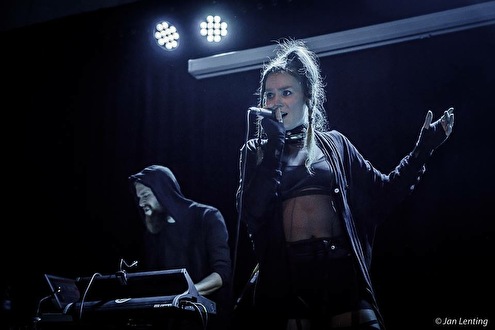 A project of Dutch producer, vocalist and songwriter Fenneke Schouten, spanning influences such as triphop, electronic music, R&B and pop. A playground to work with recurring themes as intuition and inadequateness. A translation of the continuous flow of contradictions in life.

On stage she collaborates with Frank de Boer, performing an energetic liveset: a sometimes cool but also intimate and daring core within a fibrous vacuum of beats, basslines and synths.

With the second single Breathe FENN is playing with sex, temptation and resistance within a dialogue about reticence and deliberations. An intimate exchange of words that describes the friction between a possible touch and non-portable bond between two people.