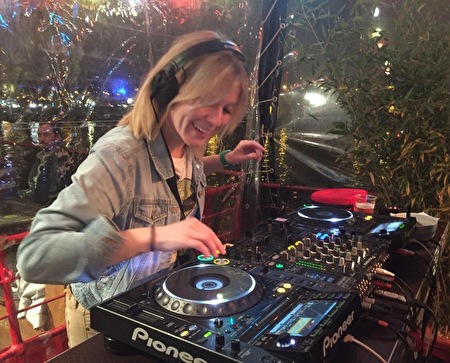 Passionate about every kind of electronic music since her adolescence, Justine discovers the first techno nights in the North of France at the Name Festival, and I Love Techno in Belgium the early 2010s.

After spending several months in London to foam the famous clubs Fabric, XOYO or even Egg among many others, the real techno revelation only comes.
She started dejaying at the end of 2016.
Her influences are vast ranging from German techno with big BPM and acid rhythms but her preference unquestionably goes to mental and dark techno.
Justine is resident at the bar The Lab Paris and on the webradio Mixaradio ElectroParadise.
She joined the crew MPSA.