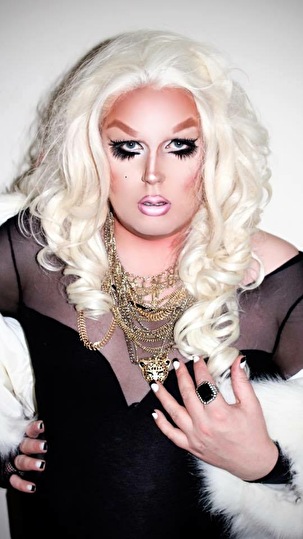 The first time Heisa Jynx manifested was on her own party "Hippe Poezen"
She performed GaGa's Edge of glory and boyowboy there could not have been a better song.
Cause little did she now, She was actually on the edge of glory!!
After that performance She wanted more, and She got it!
Appearances and performances in Paradiso, Club 8,Wasteland, Woodland Festival, Club Stereo, Club up, The house of rising and Homogenic
this queen is gonna cause a lot of Heisa in Amsterdam and maybe even beyond!