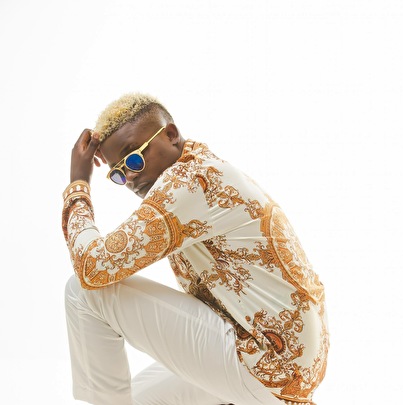 Not content with the success, T-Sean on May 26 released two albums; Faith and Comfort Zone, one for the local market and the other, a strictly dancehall album for the International audience.
The albums have singles like Osoba, Will You Marry Me?, Really Mine featuring Roberto and You Hot featuring J Rox.
On the same day, May 26, T-Sean launched an initiative called Daddy Cares (DCI), which is aimed at promoting the well-being of children in society especially the under-privileged.
"I would like to help build an environment that will see children grow up and develop into responsible citizens; an environment that is violence free, abuse free and without any form of Exploitation," T-Sean says.
"I realise that I have a rare gift; an artiste that can bring politicians, religious leaders, teachers and lawyers in one place. I want to build a better society by being an ambassador for children. I want to be an artiste that will speak for them. An artiste that will echo their little voices to the whole world that's what Daddy Cares Initiative is about."
His vision is to see this Initiative grow and touch lives of children, families and communities where these kids come from. In line with the same, T-Sean is also working in partnership with Child Fund International as an ambassador for children's rights.
"My focus is on helping build a better Zambia, a better Africa and a better world for children."