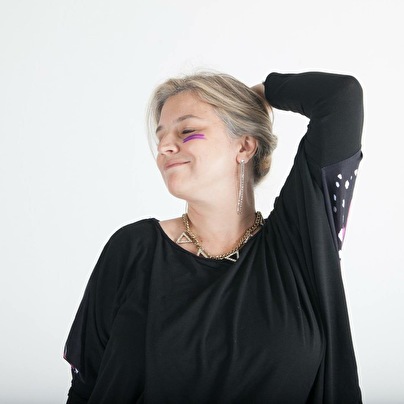 Some of the places where Becka has played are: Fuse (Brussels, Belgium), Metropolis (Paris, France), Montuno Vibes (Ghent, Belgium), DEMF (Gotham Grooves, ISOS, Nefarious) (Detroit), Female Pressure (Memphis, Tennassee), Tronic Treatment (NYC), Limelight (NYC), the I Love Techno 1st Anniversary party in Caracas, Venezuela, a mini tour in Europe, including dates in Switzerland and Spain, her own label night with partner Agent Orange during the 2006 Sonar Festival, the Electrofield Base Dance Festival in Greece alongside Miss Yetti, Adam Beyer, and Dave Seaman, a tour in Belgium with dates in Putte, Tielt, and Tournai, La Cova, Torn De Nit, Safari Zoo Project in Ibiza, Pacha in NYC, along with many others, most recently playing at the open air club Kubik in her new home city, Barcelona.

Her determination and ambition have led her to the creation of Gotham City Radio - a partnership with American techno label, Gotham Grooves, and Dutch based website Livesets.com. Airing every Saturday, the show features Becka's weekly tune selections, along with some of the hottest international and local artists. Artists she's played host to include Joris Voorn, Bryan Zentz, The Horrorist, along with countless others. The success of this show has led her to a new radio project with Agent Orange on french website Beradio. 'Radio Bompe' airs every other Tuesday and takes on a more personal approach, featuring their own productions, along with previews of the latest new tracks from various international producers to more obscure artists they've discovered. In addition to this, Becka's exclusive sets have been aired on various other net radio stations, most recently Vonyc.com, the new station owned and operated by world famous Paul Van Dyk.

She has also been working in the studio, co-producing tracks with Agent Orange, as well as working on solo projects. Her first release produced with Agent Orange, is featured on Gotham Grooves 009-Orange Slices EP. Their second release together, a remix of the track Lifestyle by Magnifica is a slowed down sound of a track that has been in the rotation of DJ's Eric Morillo and Sander Kleinenberg. Motivated by her love of the studio and production, Becka launched her own label, Gotham City Recordings, in 2006, which features releases by various international artists along with her own productions. Becka's new venture, GCR, has already been experiencing the success that takes many labels years to achieve, seeing the first two releases charted by some of the biggest players in the industry - Dave Clarke and Marko Nastic.

As a result of the growing demand in Europe, Becka relocated to Spain with partner Agent Orange in the summer of 2006. It is there, that they will introduce their live performance a collaboration of their styles in a unique new concept of electronic music performance.

Becka grew up in Philadelphia, where she discovered her love of electronic music. From a young age she started singing and playing various instruments including the viola and the piano. During the late 80s she began collecting vinyl from artists such as Little Louis and Inner City. Little did she know what an impact those artists would have on her and the world in the years to come. Her love for dance music became apparent as she made regular appearances on the television show Dance Party USA. There she was surrounded by the sounds of commercial dance music, as well as the early sounds of Acid House and Detroit Techno. It wasnt until the early 90s rave explosion in Philly that she sought DJing as a career.

In addition to being an outright vinyl junkie, Becka can play a range of styles letting loose a turbulent assault on the senses. This lady DJ has been gaining loads of respect & notoriety in the US as well as internationally. Keep an eye on her and be a witness to this rising talent, traveling at the speed of sound!