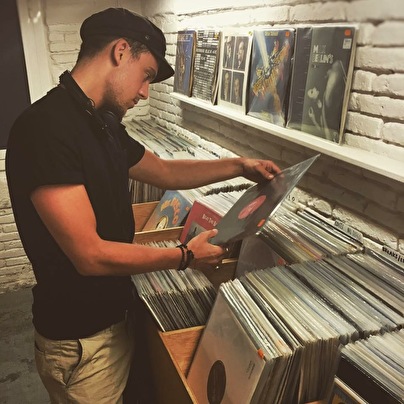 Ziggy Phunk clearly stands out from today's crowd of typical DJs who narrowly specialize on one and only genre and sound – he takes the road less travelled and plays everythings good for the soul within Disco, Funk, Soul and House with elements from jazz, the middle east and afro.
​
Ziggy Phunk is a familiar and respected name within the Nu Disco- & Disco Edits-phere because of his continuously top production edits & reworks which is made to sound fat on modern club systems and to fit a modern dancefloor. Ziggy is also known for his love and burning passion for underground house music, especially Deep Soulful House & Afro House. House Music don't have a big scene in Copenhagen where his from, but Ziggy is dertermined and inspired to share top quality deep soulful house music with people and to take them on a journey with his diverse dj sets and let them feel that real heartfelt uplifting vibe that house music brings.