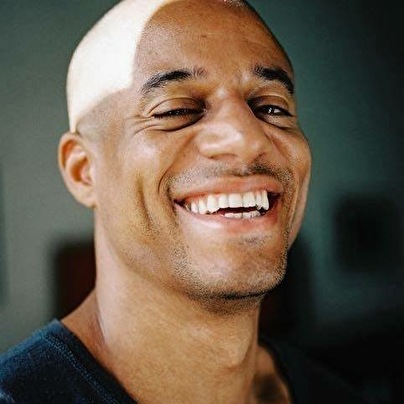 Ben originally fell in love with house and techno simply because he wanted to lose himself in the music and explore his deep-seated passion for music through self-expression - namely, raving. Ben spent many years tearing up dancefloors back home in Germany and in the UK, too. As time went on he became more and more involved behind the scenes, progressing from the dancefloor to the decks and into the studio. Having a solid grounding in club culture from such a grassroots level means Ben's connection with the dancefloor runs deep, likewise his studio endeavours are aimed squarely at those who dedicate their time to dancing the night away.

A Berliner born and bred, Ben moved to the UK in 1999 to study Computer Animation in Bournemouth – once there, he fell in love with British culture and decided to make it his home. After a few years on the south coast he moved to London, which really cemented his hunger for music. He immersed himself in the highly influential east London party scene, having made the decision to dedicate his life to pursuing a career in music. Before he knew it Ben was tumbling down the rabbit hole and made long-lasting connections that have helped shape his career.

After winning an IDJ Raw Talent competition he caught the attention of Fuse owner, Enzo Siragusa, before the party brand had been conceived. As time went on and Fuse came into being, Ben joined Enzo and the rest of the family as a resident and his career went from strength to strength. While Ben was living in the UK, Berlin had become the global epicentre of house and techno and he felt a strong calling to return home. In 2012 he decided to move back home to build a studio and he returned to Berlin with a fresh outlook, a renewed desire to succeed and the time and space to truly pursue his dreams.

As 2014 begins Ben's focus has never been so strong, every waking moment is spent channeling his energy into music – resulting in extended periods in the studio, where he has accumulated an impressive collection of analogue gear. Following the advice of friend and mentor Alex Arnout, Ben has been spending his time getting to grips with his synths which allow him to explore electronic music and sound crafting in a visceral, immediate and spontaneous way – key aspects of the production process. He has also invested his spare time into taking piano lessons and learning music theory, adding a new level of musicality to his output.

A long-standing relationship with London-based Save You Records continues to flourish, and his close bond with the ever-growing Fuse outfit has never been stronger. Releases are penciled in for both labels and he continues to build his skills in the studio with a clear focus on future successes.

So 2014 looks set to be a pivotal year for the infectiously positive artist. With such a strong foundation, an unerring passion for his craft and so much support, Ben Rau's drum will carry on beating for many years to come...