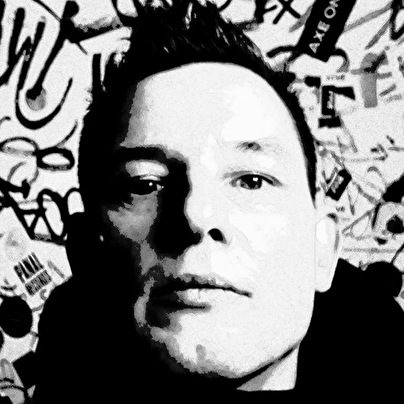 Lars Tindal (born in 1974) started playing records at the age of 16. Influenced by the upcoming house & techno sound in the early '90s blown over from the U.S., the U.K., Belgium and Germany he started djing in little youth clubs in the Rotterdam area.

At the age of 18 he started working at the famous Mid-Town Records store in Rotterdam, his favorite record store in that period and also the company where he would work for more than 15 years.

"This was an amazing time for me. As a school kid I went buying new records at Mid-Town every weekend and suddenly the chance was given to me to work in weekends and school holidays at my favorite record store, I felt like a 4-year old working in a candy store."
→ lees meer
Lars Tindal (born in 1974) started playing records at the age of 16. Influenced by the upcoming house & techno sound in the early '90s blown over from the U.S., the U.K., Belgium and Germany he started djing in little youth clubs in the Rotterdam area.

At the age of 18 he started working at the famous Mid-Town Records store in Rotterdam, his favorite record store in that period and also the company where he would work for more than 15 years.

"This was an amazing time for me. As a school kid I went buying new records at Mid-Town every weekend and suddenly the chance was given to me to work in weekends and school holidays at my favorite record store, I felt like a 4-year old working in a candy store."

The house & techno sound exploded in this period and due to working at Mid-Town Records, where he met a lot of dj's and organizers of parties, Lars favoriet was asked more and more to play in small clubs and small raves. At the record store he worked with Paul Elstak, in that time already a well known dj and producer who had great successes with his formation Holy Noise. Due to their passion for the more hard and raw edged techno sound they got along very well. "Paul was like a big brother to me, as we liked the same style of music he teached me a lot and gave me the chance to play together in clubs and later on even on big raves."

From then on it went fast, the so called hardcore sound developed and Lars started playing as a resident dj at club 'Demi Sec', in that period a popular venue which was visited by around 1.200 people each Saturday. At the age of 19 he was asked to play at the first edition of the infamous "A Nightmare in Rotterdam" rave (Energiehal, Rotterdam). "This was awesome, Paul asked me to open this first edition of the legendary concept. I'll never forget spinnin' at such a big venue for a such a big crowd (6000 people) on such a huge sound system."

In 1994 Lars favoriet was asked to join the Forze DJ Team, founded by Paul Elstak, together with the talented DJ Panic, another young dj from Rotterdam. "Paul thought it was a great idea to form a team, the three of us were on the same level of music style and it was great fun djing together."

Due to the great popularity of hardcore music and the typical sound of the 3 dj's The Forze DJ Team was asked everywhere to perform. "It was like a rollercoaster, we played on all main events all over Europe, started releasing tracks together, what all started as a nice hobby grew out to a serious job, it was incredible! "

For a period of 4 years Lars played hardcore music yet in 1998 the Forze DJ Team split up. "We had a great time, yet we all had different views after those hectic years. So we decided to go each our own way." At the end of '98 Lars decided to stop playing hardcore. "I couldn't identify with the hardcore music and movement anymore. Hardcore (in my opinion) lost its positive vibe which was there in the early days."

Therefore Lars favoriet went back to basics, back to the 130-140 bpm tempo as he played in the 'oldschool' days. He started playing in Club Heat in Rotterdam, where he combined oldschool house and techno with hardhouse and 'newer' techno. This was a success, there was a need for parties where the oldschool house and techno sound from the early '90's was played. "The people still loved the 'oldschool sound', combining it with new techno and hardhouse tracks was a powerful mix, the new met the old, and the atmosphere was outstanding." Later on, in 2000, Lars started playing at the huge venue 'Ministry Of Dance' in Rotterdam, together with Parkzicht legend DJ Stanton. "The owner wanted us to play oldschool tracks in the small 3rd area of the club, as he didn't had a concept for that area. Stanton and I decided to do it, but we mixed all kind of styles: the oldschool tunes, techno, U.S. and U.K. hardhouse, German hardtrance, just about everything which was 'heavy' yet 'grooving'. On the first night the area was packed within a few hours, most people visiting the club were positively surprised by the sound we played and came dancing in our area, this was amazing." After a few weeks they were moved to the bigger 2nd area of the club, the 'hard dance' movement started growing.

In that period Lars favoriet started producing tracks with Rob Fabrie. "I knew Rob from the hardcore period as he was also djing and producing. I really wanted to produce a hardhouse track so we decided to give it a go in the studio." Under their alias 'Bushwankaz' they released their first single 'Action' on Blue Records. This was immediately a success, the record got picked up by loads of main hardhouse dj's and the label required a follow up. Due to the upcoming popularity of hardhouse Lars decided to start his own label 'Tindy Tunes' in co-operation with Mid-Town Records, where he was still worked during weekdays as sales and distribution manager. "It was cool that Blue Records gave us the chance to release the first Bushwankaz single. Yet the sound we produced was slightly rougher than the usual releases on Blue Records. So I thought it was a good idea to start up my own label where I could release the stuff I loved." Tindy Tunes did well, the label exported a lot to the U.K. and Germany and tracks were licensed to loads of popular compilations all over Europe. Meanwhile the hardhouse and hardtrance sound developed into hardstyle and Tindy Tunes developed along. "The influences from hardhouse, techno and hardtrance came together in hardstyle, it was a great rough edged 'new sound' which was quickly picked up by a large group of people." Lars decided to concentrate on the "new" hardstyle sound and began releasing solo tracks under his alias Lars Tindy. He released several successful releases on his own imprint and performed on loads of leading festivals like Defqon1, Hard Bass, Decibel, Nature One, Goliath, Ruhr In Love, X-Qlusive and many more.

As time went on the hardstyle sound changed, it became more and "hardcorish" and that's why Lars stopped playing the sound in 2008. "It was the same with hardcore, I lost interest in the sound, it just couldn't thrill me anymore."

So Lars decided to take a break, only doing a few dj gigs in a year while concentrating on his daytime job. "I still had a heavy job at Mid-Town during weekdays, which took a lot of energy. But I enjoyed it and as I grew older it was fine to be more selective with my dj bookings. The job also kept me close to the music, importing and exporting for Mid-Town Distribution was a delight as I was in contact with all kind of styles." In 2010 Lars left Mid-Town. "Due to the digitalization of music it was a struggle to survive at the record company, so I chose to do something different after 17 years, which I needed to clean my head again."

After two years of "sabbatical" Lars now started up producing again. "I never lost my love for dance music, yet as I grew older I noticed I have the urge to play not that hard anymore. It's cool to do several 'oldschool' or 'early rave' sets yet it's kind of boring to play the same old tunes every weekend. I'm a dj so I want to play new music. So nowadays I concentrate more on (tech) house and techno, which gives me a lot of pleasure to do. But I also will keep playing that good old sounds, as long as there is a healthy balance in the amount of bookings in a year it's still great fun to do!"