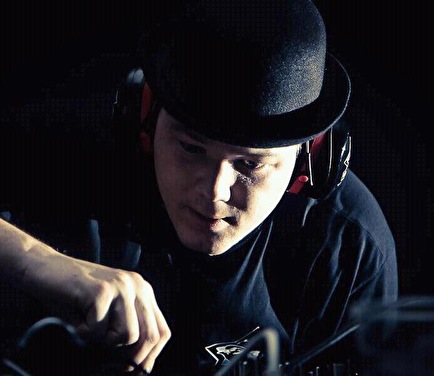 For the second time BKJN will present the already biggest frenchcore party in the world; Vive la Frenchcore, Saturday 15 November 2014 in the North Sea Venue Zaandam. We had a chat with the person that made frenchcore popular in Holland; Dr. Peacock.
So Steve, as a co-finder for the Vive la Frenchcore party, what can we expect this year?
Well, besides the nice location, the people can expect the best frenchcore artists of this moment, a complete new area; Dutchcore with the hardest up-tempo hardcore dj's at the moment. And also again the 'early frenchcore stage' for the real fanatics! But besides that, the crowd can expect some high quality laser shows, 3D DJ Booth - even more crazy than last time-, good sound systems and we have some very nice surprises that will occur that night!

What will be your role in this concept?
This year some artist of Peacock Records, will join the forces, and form the Peacock Records Live Act. I can't tell you yet who that will be, but it will be crazy behind the decks1 Also I will play a solo live set, with my latest work and some exclusive edits and more!

What can you tell about the Vive la Frenchcore party of last year?
Incredible, amazing, epic and any other similar words. The crowd was going completely mad. The first party in the history of hardcore (or frenchcore) that used 3-dimensional effects to make the crowd go crazy. With the frenchcore on the main Stage, this was really a breakthrough in the history of frenchcore. After that many other organizations created a nice spot on their biggest events for this fast-growing genre. This party was a great success, but I think this year will be even more insane! Together with BKJN we have been brainstorming a lot, to give the people the ultimate frenchcore experience. And I can tell you: they won't be disappointed!

What made you start to produce and play frenchcore?
Well that's a long story! But I will keep it short for the people who will read this haha. When I was organizing small parties in my home town Limmen and in Castricum called Innercore, I was playing vinyl. And for buying my records I always went to 12" House Records in Alkmaar which now doesn't exist anymore. There I discovered something I had never heard before; frenchcore! I listened and bought LP's from; The Speed Freak, The Sickest Squad, Psiko, Radium and many more. I had found my new passion! I shared this passion with my 'brother' Marcus Decks! And we both started creating our own sound. I love the BPM level, I love the rhythmic, I love the crazy bleeps and little sounds in it, and of course I love the typical frenchcore kick drum! So that's in short how it all started!

What would you like to achieve with this concept? You have a future goal in mind?
Yes of course! My goal is to make the frenchcore even bigger than it already is, and maybe the frenchcore can earn a bigger spot on the next year's festivals! Also I would like Peacock Records, my record label, to grow bigger and bigger, and find new good artists to make the scene grow and create more diversity.

And with this party I would like to open the mind of the people. Because the Dutch have the privilege to have so many parties in Holland, we would like to show them something else. Something different in the sense of show, quality battles & the best atmosphere you can think of. Let the people hear new artists, but also the pioneers of this great scene, such as: Radium, Randy, The Sickest Squad & The Speed Freak. Also we have a really special guest, never before he played in Holland. It's Geoff Da Chef. A pioneer in the early terror scene and right from Australia he will play set specially for our party! A Dutchcore area is new too, with also the elite up-tempo dj's such as Partyraiser, The Vizitor & SRB, But also other good names such as Repix, Milito & Aggressive.

Is there anything else you would like to share with the people?
Okay everybody! It doesn't matter where you come from, you all need to come to this insane party, because you will be sorry for the rest of your life if you don't join this amazing experience! You are the revolution! Vive la Frenchcore!