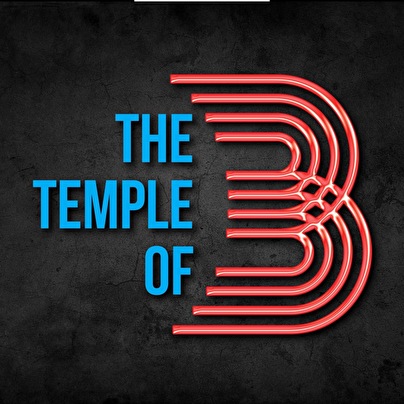 georganiseerd door The Temple of B, Nasty Mondays

Tickets & prijzen The Temple of B

Line-up The Temple of B

The legendary club Boccaccio closed its doors in Destelbergen permanently on 8 September 2018. The original Boccaccio crew returns to Ghent for a memorable reunion on June 8th. The organization invites former residents and guests to Arts Centre Vooruit to honour their loyal visitors and rich history and to celebrate the old-school house scene.

Once upon a time, there was an iconic dancing located in Destelbergen, known as ‘Boccaccio’. It was the homebase for thousands of partygoers from Belgium, The Netherlands, Germany and far beyond. Boccaccio opened its doors for the first time in 1991. The architect chose to design the building as a large ship as it was located near a lake. In 1987, the name changed to Boccaccio Life International. Founder Dirk De Maesschalck put the club through a huge metamorphosis whilst being inspired by megatemples like Hypodrome in London and Paradise Lost in Watford.

The club gained fame as the birthplace of new beat. The immensely popular music style was discovered in the club and found its way to the worldwide dancing scene. Boccaccio became in no time one of the most trendsetting clubs in Belgium and acquired a strong name internationally.
After the closing in 1993, the club reopened in 2001 and was called ‘The Temple’. The concept, interior, look & feel remained the same, but The Temple only received a two-year permit and had to close every night at 5 am. In 2003 the club got a final permit and the closing time extended to 7 am.
In 2010 The Temple had to close again. Afterwards the club reopened several times and had different kinds of names. The very last party took place at the big room of the club on September 8th 2018. Numerous visitors came to Destelbergen to relive the rich history one more time. At the end of the party everybody realized: “This is the end of an era”.
Memorable reunion

The organization invites its residents and frequently asked guests for the second time in Arts Centre Vooruit to gather former partygoers and honour the beautiful Boccaccio/the Temple-days. The DJs are already digging into their best retro records to recreate that ultimate Boccaccio/The Temple-feeling on June 8th.

Artists from every period of the club will be present: Olivier Pieters, Mike Thompson, Phil Watts and Mario Beirnaert will represent Boccaccio Life International, DJ Looney Tune was a resident during the Mega Temple-days and PCP, Neon and David Latour spinned the decks at The Temple.

The original Boccaccio/The Temple-crew will do everything to organize an excellent party. Sound and lighting will be perfectly syntonized to bring back the nostalgia of the club. Special effects and GoGo dancers will bring people back to those good old times. And last but not least, the organization promises lots of other special surprises that will turn this night into an unforgettable reunion.