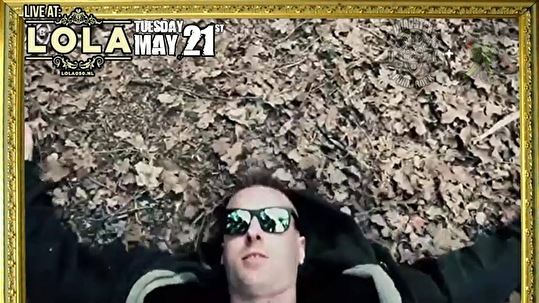 dragSTER bleed and sweat a rock n roll intensity that anyone lucky enough to witness them live will attest to”
Formed in the dirty back streets of Coventry, disenchanted with the watered down piss of popular music dragSTER went into a cycle of relentless writing and touring. Within a year of forming they had been produced by Rat Scabies (THE DAMNED) and were managed by Jah Wobble (PIL).
Singer Fi was invited to front the world renowned musical collective PIGFACE on a 40 date US tour.
Three studio albums and hundreds of live shows under their belt including festivals in the UK and Europe mean dragSTER have built up a huge following of loyal fans. dragSTER hold up a mirror to the world, a sleazy, distorted, broken mirror.
Their fourth studio album is set to be released in 2018 with a full UK tour and dates in the Czech Republic.


Headstone Horrorsare a fast paced, female fronted horror band who bring their own brand of street punk to the horror genre. If you like your punk rock bloody, fast & fresh out the grave then you'd be mad to miss them!
Headstone Horrors have been tearing up the stage up and down the country since March 2013 with their fast paced and engaging live performance.
As part of the Headcheck music roster Headstone Horrors are certainly one to watch....

DJRwin will spin the tunes ripped straight from the crypt.