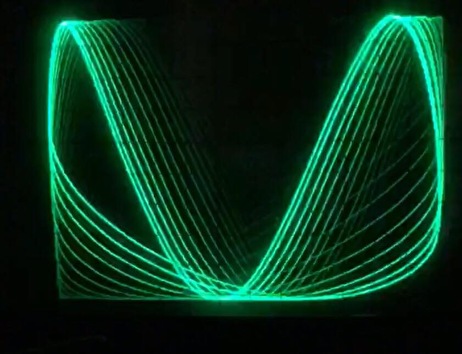 Steve Hellier:
Attended Goldsmiths in the late 80′s where he studied fine art. After leaving art school he made Hardcore records in an Elephant and Castle bedroom. The mid 90s saw him form Death in Vegas with Richard Fearless, writing, recording and touring their first album “Dead Elvis” which gained commercial and critical success
including a number of 90s film syncs including Human traffic, Homegrown, City of industry, and The Acid House.
More recent work includes Seoul, South Korea, Urbanism Festival, sound installations at Resonant Edge, Performance at LCMF 2019 with Mark Leckey and recently producing a film about WORM' Waveform Research Centre. Currently finishing his new bands album under the Colorvox name, Steve also produced the recent Warp release for Mark Leckey “Out demons out”.

Julian Edwardes:
Has a background in Fine Art, he studied at AKV St Joost in Breda and at the Sandberg Institute in Amsterdam.
Today; inspired by algorithmic ecosystems, pattern- and tone generators and the movement of sound, he is exploring musical concepts with a modular system. While constructing a compositional tool to write and improvise with, Edwardes looks for ways of playing his assembled instrument. His pieces are built on a few fixed set of rules, but the connections that follow and the choices of the synthesist produce a music that has a framework but will never sound the same. The development of these concepts and its performance is always in motion and being questioned.
His recent solo work moves from slow shifting ambient and drone to orchestral- like atmospheres and avant garde music.