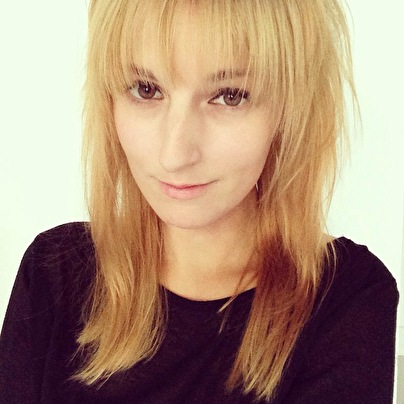 In 2009 she started Club Runaway, a monthly night for Rock N' Roll underdogs and runaways at the infamous Korsakof, followed by a move to Saturday nights in 2012, with Take It Sleazy. She has given party crowds a Rock N' Roll overdose at Amsterdam's Winston Kingdom with her Sleaze and On The Roxx nights, has organised parties at Rotterdam's Exit, and has guest DJ-ed at the Paaspop Jack Daniel's stage, and clubs like Paradiso, Bitterzoet, Jimmy Woo, Rotown, and Melkweg.

Fueled by Jack Daniel's, covered in tattoos, and rarely spotted without her leather jacket, DJ Santina Runaway is on a mission to kickstart your heart, playing 1970's Hard Rock like Aerosmith and KISS, 1980's Sunset Strip Rock like Guns N' Roses and Skid Row, and modern favourites like the Hellacopters and Turbonegro, throwing in some Punk Rock and Heavy Metal for good measure.

She is a resident DJ at Belgian beer bar TRIPEL, located on the Lijnbaansgracht 161 in Amsterdam, where the Korsakof used to be.