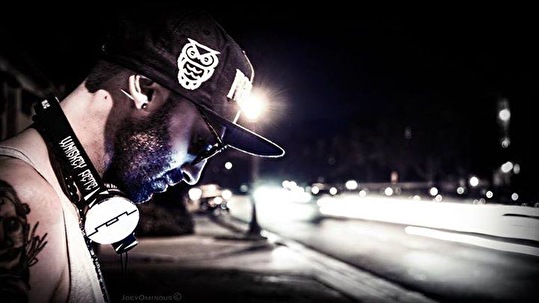 With a huge stack of over 70 individual label releases on ITunes and Beatport, he has had dozens of those releases jump into the top ten charts again and again. The drumstep anthem with Figure, "Cut Throat" reached #1 on the Beatport charts and stayed in the #1 spot for over two months. During the same time period three other Whiskey Pete tracks were all charting top 10.

His voice has been heard over the likes of Electro House, Breaks, Dubstep, Drumstep, Drum & Bass, Moombahton, Hip-Hop, Indie dance, House and every other sub-genre under the sun..

With Performances at some of the biggest festivals such as ULTRA music festival, Electric Daisy Carnival & Starscape and significant play on LA'S power 106 and KIIS FM, Beatport nominations, compilations, and countless Mixtapes that have accumulated thousands of downloads over the years, it is obvious that Whiskey Pete is no one trick pony but an artist that can do it all with his extreme vocal diversity and top notch delivery.

When Whiskey Pete isn't destroying dance floors & makin' booties shake at the club; he is in the studio working alongside and collaborating with almost every dance music producer and bass maker on the planet. He has received track support from some of the biggest dj's in the game including Knife Party, Diplo, Mstrkrft, Benny Benassi, 12th Planet, David Guetta, Afrojack, Bassnectar, Rusko, Swedish House Mafia, Laidback Luke, and countless other high profile dj's across the globe.

With Releases on a number of the most respected and and cutting edge dance music labels including Ultra, Mad Decent, Dim Mak, Vicious, Fly House, Burn The Fire, illeven:eleven, Party Like Us, Potty Mouth and over a dozen more is proof that his hustle is one that cannot be tamed.

Does this guy sleep? Normally it's with one eye open cuz he's writing raps for another banger that's gonna be bumping in your girlfriends jeep by the end of this sentence…