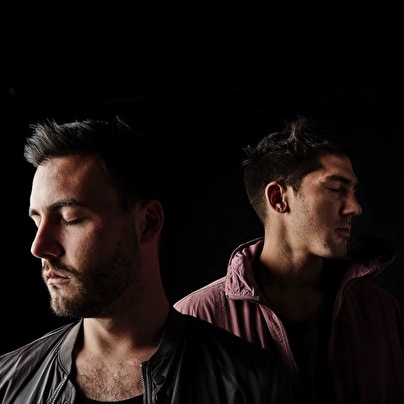 Tom & Collins (Juan Pablo Escudero and Jorge Corral).
Mexican Djs and Producers who joined their talent in the beginnings of 2012 and made a bomb out of it. Influenced by house music, EDM, deep house, Indie Dance, Funk, Nudisco and Hip-Hop, the duo has crated a new electronic music sound that makes everybody move their feet. They've played alongside David Guetta, Bingo Players, Avicii. Solange Knowles, Poolside, Zimmer, Goldroom, Perseus, to name a few. they are all about taking tendencies to another level.