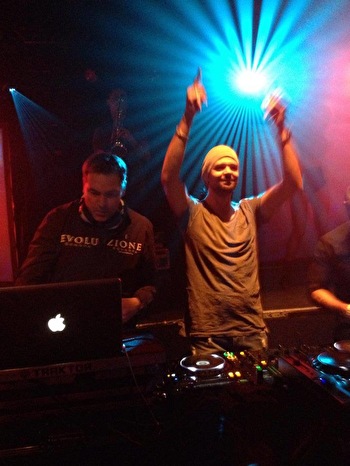 Grooveshifters are Robin Oudshoorn and Bas Veen, an Amsterdam based DJ/Producers duo. Music always played a major and important role in their lives but being caught up in many different jobs, they always had the feeling of missing out on something! Fully dedicating their lives to music has been the best decision they ever made. Their biggest goal in live is to make people jump on dancefloors all over the world, either with their own driving productions or with energetic & groovin' DJ sets. After signing their first track 'Louise' to Dirty Harry Records (owned by living legend Stonebridge) and spinnin' the decks alongside some major DJ names in the industry, expect to hear a lot more from Grooveshifters in the near future!