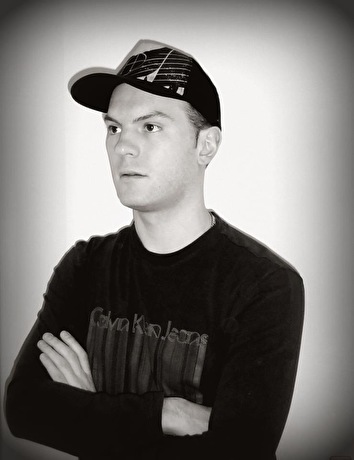 You may have heard of Lionel a few years ago under the alias 'MGMX," as he was producing tribal techno tracks that were released under labels such as Patterns and Adult, to name a few.
Lionel has always aimed to create techno music that comes from the heart and decided to return to one of his early loves. As he knew he had to improve his producing skills to create Detroit-like Techno, he decided to simply stop releasing new tracks and start back in the studio. His style slowly evolved into deeper and more melodic techno, and he again began releasing EPs and tracks under labels such as Greg Gow's Restructured Recordings, Hype Muzik and Espai Music.

Because Lionel knew his career needed to be taken to a new level, he once again started back in the studio and quit releasing music for some time. After one year in the studio, his sound matured. It became clear that there was a distinct difference between Lionel's old releases and his new style. In response to this change, he decided to work under his real name. Lionel's musical identity was born.

The end of 2013 and the early months of 2014 have been amazingly important for Lionel as his work has been finally recognized by some of his biggest role models. He signed 2 EPs with A.R.T., one of the most legendary techno labels worldwide and owned by one of his all-time heroes: Kirk Degiorgio. Lionel then signed his second EP with Greg Gow's Restructured Recordings.
As these strong releases were being planned and as his dreams were beginning to come true, Lionel became more confident and started to think there may be a small place for him in the techno scene.

Then a few weeks later, Lionel signed his first album ever, on the mighty Motech Records; owned by the most famous Underground Resistance's European ambassador: DJ 3000.
Due to his day job and lack of free time to work on his productions, Lionel made a choice a few years ago to stop playing live or performing DJ sets to focus on his production. But all in all, as a response to these new releases and the joy - or the honor – as being recognized by a few of his heroes, Lionel came back to the floors.
Hey guys, be ready for some stellar trips around the universe. The story begins here.