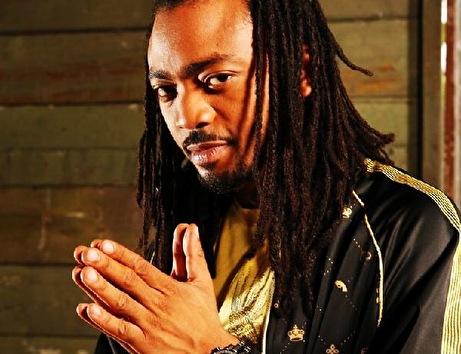 In 2008, Machel was awarded the Bob Marley Award Entertainer of the Year 2007, Best Calypso/Soca entertainer 2007, and named the Most Outstanding Stage Personality at the International Reggae and World Music Awards (IRAWMA) held at the historic Apollo Theatre in New York. That year also found Machel receiving an award at the 1st Annual BET J Virtual Awards for Best Caribbean Artiste of the Year, followed by the numerous awards bestowed upon Machel in 2008 at the Soca News Awards in the UK.

In 2009, Machel released his album, "Heavenly Drum." The album had a fresh sound and included songs like "Mesmerize", "Fly Away", "Pray" and many more. Many of the more popular songs were prominently heard at the Trinidad and Tobago Carnival which included the rollicking rhythms of "Push Bumpers", "Block to Block" and "Won't Stop", were also featured in the June/July issues of Vibe Magazine (page 94).

In January 2010, Machel became the first soca artiste to attain a headlining slot at the Jamaica Jazz and Blues Festival. At the 2010 Trinidad and Tobago Carnival Road March Competition, Machel placed 3rd with the song "No Behaviour". The year continued on a high, and on May 2nd 2010, he made history as the only two-time recipient (previously 2008) of The Bob Marley Award for Entertainer of the Year at Martin's International Reggae and World Music Awards (IRAWMA) held in Queens, New York. In May, 2010, Machel, as special guest artist for the U.S. shows, embarked upon a 5-week tour with Pitbull on his Mr. Worldwide Carnival Tour.

Machel is constantly working toward his mission of successfully ushering soca into the realm of mainstream music. It is his dream to see soca being enjoyed in the international market. Moreover, due to soca's crossover appeal, Machel states, "We want to use our experience to take soca international," he says, "…I have been pushing the envelope, trying to revolutionize soca, trying to improve its quality. ,pIt is very difficult to bring this music to the mainstream and at the same time stay grounded at home, but we have created a sound that we believe is palatable to all markets and can play on the radio in rotation with other popular songs and genres. That is a dream I have always had and something I look forward to achieving."

Machel returned to Trinidad and Tobago Carnival in 2011 after being absent in 2010. "The Return" concert entailed a return to the National Stadium, to a sold out audience who witnessed the mother of all Machel Montano events. His return to the competition forum was spectacular, where he emerged the Power Soca Monarch Champion 2k11 and also captured the prize for best presentation. The climax was his victory in the Road March; his song "Advantage" was the most played song used by parading bands as they crossed the stage on Carnival Monday and Tuesday.

On the heels of Carnival he returned to Madison Square Garden in March 2011 another sold out event. His 35th album "The Return" contains 12 tracks with hits like "Bend Over, So High A.O.A, Advantage, Hard Wuk" and many more.

In May 2011, at the 30th Anniversary of IRAWMA, held in Port of Spain, Machel secured six

In October 2011, Machel was nominated in the "Best Caribbean Performance" category for the song "Bend Over" at the 2011 Soul Train Awards alongside other nominees who included Rihanna, Vybz Kartel, Movado and Kes.

In February 2012, Machel Montano became a Triple Crown winner. At the Super Red 20 International Soca Monarch Competition, he won the Groovy Soca Title with the Anthemic "Mr Fete" and later that night he went on to dominate the International Power Soca Monarch with his high-energy power hit "Pump Yuh Flag". On Carnival Monday and Tuesday 2012, "Pump Yuh Flag" which was the most played song on the road, (233 times) earned him Road March glory.