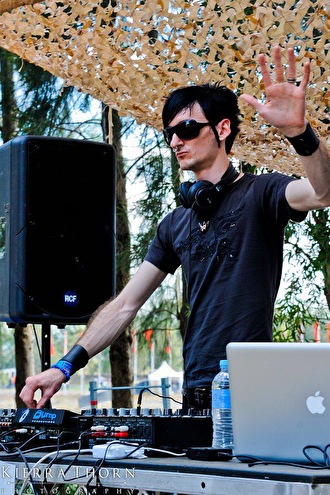 Virul3nt is most well-known for his industrial act SHIV-R, with which he has played the world's biggest goth/industrial festivals including Wave Gotik Treffen (Germany), Kinetik (Canada), Infest

As a DJ, Virul3nt began spinning in 2003 and is known for bringing sounds from the cutting edge of EBM/Industrial, Electro and Psytrance to dancefloors from Paris to the UK and even to DEFQON (Shallow Nation stage, Sydney 2011), as well as holding long-running residencies at Sydney-based industrial and fetish clubs such as Berserk, Shallow Nation and Canberra's Null.