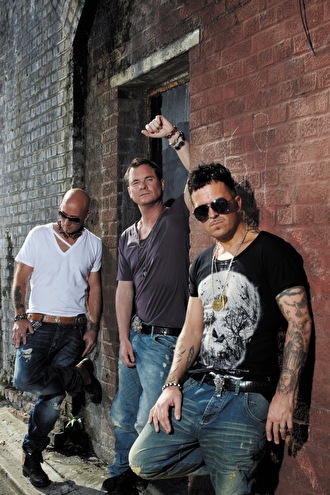 Just as in their original, mega-successful incarnation Mortimer has written the majority of material for the new album: Counting Clouds is an intensely personal song about Mortimer's wife preparing to go into hospital to have a spinal operation and him promising her that he can't wait to take her on holiday so they can walk on a beach and count clouds. Crazy Fool is about not being able to express how you feel in a relationship; and Broken Valentine is about a guy who is attracted to woman who is completely out of his depth and she doesn't even know he exists. Additionally, Coldwell provides two numbers - You Shine, a song about a girl who completely changes your life around and Afterlife which is about a man who dies but continues to looks after his girlfriend from the afterlife. They're both enormous-sounding as is the entire record and it's a record you can see both America and the open-top car industry embracing in abundance.

Earlier this year T Mobile commissioned a Royal Wedding spoof commercial which garnered more than twenty million You Tube Clips in a couple of weeks. To soundtrack the ad you can bet they were looking for something cheeky, irreverend and loved by the great British public. And you can bet that they didn't have to look much further than East 17's The House Of Love. Nowadays, of course, that song seems an age away and you'd be far more likely to see East 17 sound-tracking a movie featuring roller-coasters and freeways – but nothing changes: they're still cheeky, irreverend and much loved. Oh, it's great to have them back.