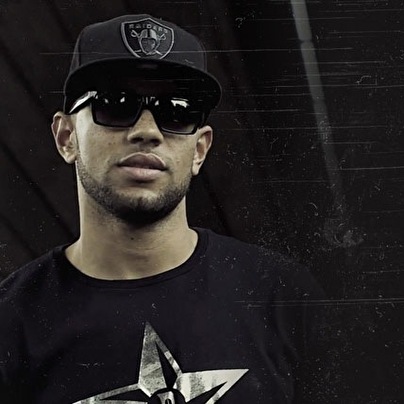 In the early 2000's, Meridian Dan and his peers decided to get together and form a rap group which consisted of other UK artists such as President T, Skepta, JME, Big H, Bossman Birdie and Paper Pabs. From there, they started performing regularly on Heat FM and arguably became the best around. This success took them to Déjà Vu FM where they performed alongside other East London rappers such as Dizzee Rascal. This station played an important part in Meridian Dan's career as it became the ultimate platform for emerging MC's and was said to be the 'go to' radio station.

However, in 2004 Dan decided he wanted to quit music and pursue his other main hobby; boxing. Dan was soon persuaded not to by the inspirational messages from his fans and words from his close friend President T, who told him that his talent was too good to go to waste. From that day, Meridian Dan joined a new collective called, Bloodline, which consisted of other members such as Bossman Birdie, President T, Big H, Paper Pabs and Milli Major. This group allowed him to emerge further in the underground rap scene.

Now in 2013, after a long journey of hard work and perseverance, Meridian Dan's release of his hit record 'German Whip' ft Big H & JME, gave him the final push he needs. So far, it has successfully gained a strong backing from the public and an unexpected response from both TV and radio; making it onto Radio 1xtra's playlist as well as being Charlie Sloth's Record Of The Week and Mista Jam's 'Jam Hot' song choice. Dan's impact on the music scene has grabbed the attention from industry experts, most importantly PMR Records, who decided to join his venture with a signed deal.

2014 will bring Meridian Dan's first street album, 'I Am London', which will hopefully be the start to an exciting future.