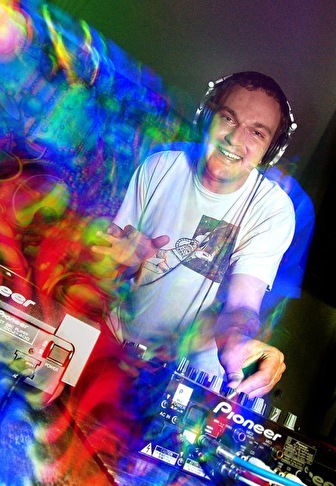 He also has a DJ chill out project on behalf Psyla in Waves.
In his appearances he prefers psychill, dub and ambient. He likes longer chill out sets which give him enough time to create special feeling and better atmosphere among the audience.

He lives and works in Prague.
He became a label DJ of Goblin Records, which specializes in darker kind of psytrance - dark psychedelic. Style of his playing progressed in another direction and so he left the label in 2010.

He acts as a booking manager for Mystical Waves DJs and Live Acts.
At the end of 2011 will be ready to release the first compilation Mystical Waves Records with the name of the Labyrinth of your mind. Compilation is free. For download is here: http://www.ektoplazm.com/free-music/labyrinth-of-your-mind. In 2012 released a second compilation with the name of the Passenger!
(dowload:http://www.ektoplazm.com/free-music/passenger). In 2013 released a third compilation with the name of the Total Impact! (download:http://www.ektoplazm.com/free-music/total-impact).
In September 2012 he joins GanjaTree Records and he is going to release there a compilation at the beginning of 2014. On his own label Mystical Waves he plans to release his fourth compilation Labyrint of your mind vol.2 in August 2013 included track from Module Virus, Xuranium, Distorted Goblin, Mutant Star, Spectralis, Muscaria, Fagin's Reject and more!