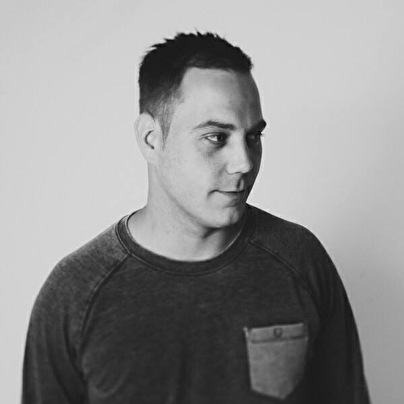 In the late 80ies, Digital Duplex grew up in a musically ritch and stimulating environment. Not only because of his father's love for all sorts of instruments but also for the musical diversity within his family. Digital was practically always playing around with music or sounds. This is where the passion and devotion towards music in general has rooted.
In his younger years Digital was already into house music (90ies), around this time Digital started playing around with old tape decks and cd players, trying to express and repress sound.

It was just for the 2000's when Digital for the first time heard about techno, when Roger Sanchez played a dark techno mix on the radio. From this moment on, Digital was hooked to the powerfull music and the energy that lies within. He searched out to find more of this powerfull music, where a whole new world opened " a world called techno'' Artist such as: Alan Fitzpatrick, Adam Beyer, Nicole Moudaber, Carlo Lio, became his first roll models and hero's. After being a techno fanatic for several years, Digital realised that this music was not simply to be described with in words, but had and could only be felt or expressed. He disided to buy vinyl deck and to learn how to mix, not long after that he started producing his own tracks.

Digital Duplex loves the pulsating force and ever forward going motion in techno. This is why he always persuits the goal to create straigt forward, pounding, dark techno with hypnotizing atmosphere that will make you float as if you are in space.

Digital Duplex has played at several local gigs and bars, where he enjoyes to drop a propper techno set and setlles for nothing less. He has recently released two tracks on Lunary Records: Playon and a remix for Phynn's - Galaxy.

Digital Duplex passion and devotion towards Techno is simple but clear. Aim for high end techno productions and keep moving forwards, inside or outside the studio.