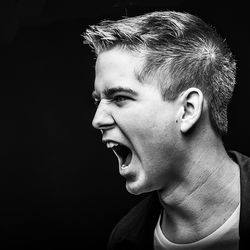 All the way from the USA: hardstyle DJ and producer Mekanikal. This youngster is at the start of what might become something big. He has been experimenting with different styles and genres since the year 2008, but in early 2011, after watching Coone's video series of the making of "The Challenge," he decided to officially focus on producing hardstyle under the name Enceladus. In 2014 he took his career to the next level by changing his alias to Mekanikal.

In March 2013, his remix of "T.A.T.A.N.K.A. Project – DJ's Life'' was released and he got to play at Defqon.1 2013 and the first edition of TomorrowWorld. A good year for Mekanikal and a promising sign for the future. He's coming, and he's coming fast.