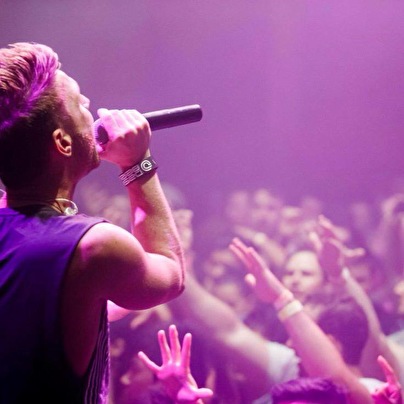 Since bursting onto the music scene performing his soulful self-penned pop song "Over" before Showtime at the Apollo's notoriously discerning crowd, Mendelsohn has collaborated with the hottest names in dance music, including Dash Berlin ("Better Half of Me" and "World Falls Apart"), Brennan Heart ("Imaginary"), Orjan Nilsen ("Apart"), Mischa Daniels ("Heartbeat"), Mitchell Niemeyer ("Hollywood"), Laurent Wolf and Chris Willis ("Love We Got"), Laidback Luke ("Till Tonight" and "Timebomb"), Nic Chagall ("This Moment"), David Morales ("You Just Don't Love Me"), Chris Kaeser ("Walking Away"), Dennis Shepherd ("Bring Me Back"), Morgan Page and Andy Caldwell ("Where Did You Go?") and Nick Warren & Jody Wisternoff of Way Out West.

In addition to his recording efforts Jonathan has also recently fired up crowds internationally on tours with Dash Berlin, Brennan Heart, David Morales and Morgan Page. His signature brand of electro-tinged dance pop, infectious melodies and vocal arrangements has even garnered him such disparate comparisons to reigning critically-acclaimed darling, Robyn, radio favorites One Republic and Adam Levine of Maroon 5. 2013 will also see the release of Jonathan's debut full-length "Reckless Wonder."

Explains Jonathan, "Working with such a wide range of producers over the past three years has been not only a necessary step in making a name for myself in the music industry, but an exercise in developing my sound even further. I work really hard to make my songs a unique experience for the listener. I want them to hear my voice and know instantly who the singer is. That is what being an artist is all about for me. With my solo album, I'm working on going a little deeper into my sound and really showcase my talents like never before. I have written so many songs over the years, and it's been a really long time coming but I think I am finally ready to unleash an album's worth of material that promises to reveal some amazing material and be an extra special listening experience!"

From a very young age, Jonathan Mendelsohn knew that he was destined to lead a life dominated by music. Born in Brooklyn and raised in upstate New York, his singing career began pretty early. "I would literally carry my battery powered Fisher Price radio around with me all day. I would wail into the tiny plastic mic attached to it, singing marathon sessions. Clearly I was prepping myself for things to come."

Learning chord progressions from his concert pianist mother, Mendelsohn began writing his own songs at age 11. "I think the more I started to realize that I was different from most people, I started to fuel my songs with these trapped emotions. I have always been really grateful that I have had songwriting as an outlet to express myself."

His love affair with pop music began with early '90's Top 40 radio with favorites like Paula Abdul's "Forever Your Girl," C+C Music Factory's "Gonna Make You Sweat," and Mariah Carey. Singer-songwriters like Tori Amos and Bjork were also early influences, along with the hypnotic music of Radiohead and Pink Floyd. It wasn't until Mendelsohn discovered rave culture in high school that he was seduced by electronic music. Inspired by the energy and unique sonic soundscapes that could be created with synthesizers and computers, he dove into the world of music production, returning to NYC in 2000 where he took courses in audio engineering while building his home studio from the ground up.

His jaw-dropping four-week, season winning streak on Showtime at the Apollo lead to a collaboration with Chris Brann's Wamdue Project on the track "Forgiveness," and a record deal with Sony BMG's now defunct sub label, Music with a Twist. Work on Way Out West's 2009 album, We Love Machine, followed, marking the first time the duo had ever collaborated with a male vocalist. In 2010, Mendelsohn contributed lyrics and vocals to select tracks by Nic Chagall, Laidback Luke and Laurent Wolf, while prepping material for his own debut release.

As a DJ/producer and remixer under the moniker MENDy, Jonathan has seen his production skills grace the dancefloors and top international Club Play charts. Recent re-workings for the late Donna Summer ("To Paris with Love"), revered indie outfit Deluka ("Cascade") and his own vocal interpretation / mashup of Katy Perry's "Part of Me" with Deadmau5's "Some Chords" made the DJ rounds to much acclaim..

"DJing has always been a passion of mine, ever since I started as an apprentice with a mobile DJ company in my hometown when I was only 13. I used to DJ school dances, birthday parties and proms in Upstate New York playing top 40, rap, hip hop and sometimes a little house when I could get away with it. When I got the equipment all to myself, I would make mixtapes with all the underground house and trance music I could get my hands on. There's something about mixing two records together seamlessly that is so satisfying. It really is an art form that requires a lot of skill and creativity.

When I got into remixing and producing dance music, it satisfied not only the need to be creative, but it was an exploration in the technical side of music creation. I was always fascinated by the arrangements and layering in electronic dance music. Recording and producing for me is really just as important to me as singing and writing songs. They go hand in hand really and I couldn't imagine doing one and not the other."

Be on the lookout for new collaborations and features in the works with stellar talent such as Fedde Le Grand, Tritonal, Dohr & Mangold, Venom One, Sem Thomasson, Paris & Simo and more!

Expected in 2013, Reckless Wonder, promises to be a hybrid of musical styles. "I think all the different types of music I have ever been into have influenced me in some way or another in my art," Mendelsohn says.

"Pop music has been interpreted in many different ways and has taken on many forms over the years, but to me it's just that essence of what makes a great song appealing. I try to capture it and build on it. Sometimes that means adding lots of soul and energy, and sometimes it's about capturing a quiet, simple melody that stands out all on its own. I will not be put in a box and defined as one thing or one sound. Good music is just that, and at the end of the day—and my life for that matter!—I just hope that I made some of it."