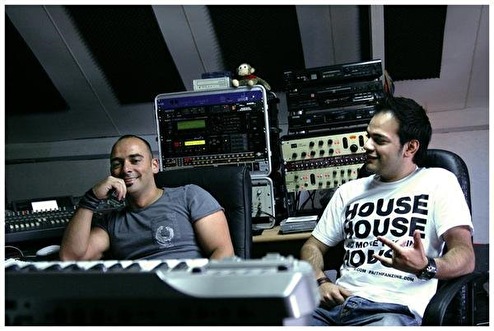 Martin Corlazzoli (TiNo) and Raffaele Brescia (Raffa) joined hands end 2005. They quickly discovered they shared a passion, music that comes from the soul. Since then they produce under the "Soul Migrantz" moniker.

Their first releases were featured on the KM5 Ibiza cd's. In 2007 they released a first EP "Calling Chicago" on A Second Smell, a sub label of the worldwide highly acclaimed Aroma label. "Calling Chicago" was a huge success and was featured on several compilations. Followed up by "Socalize" creating some more dancefloor damage!

With remixes for Nacho Marco, Tom De Neef, Sven Van Hees and the one and only Bob Sinclar, it's needless to say you've got to keep an eye on these guys!