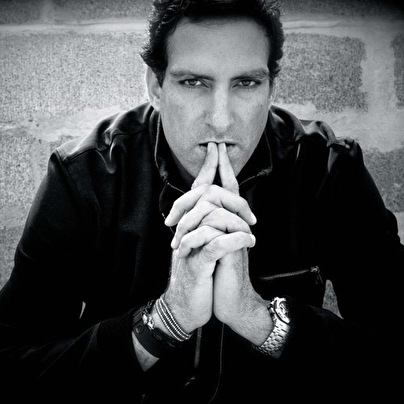 The former NBA superstar, who earned the increasingly appropriate nickname "The Spin Doctor" on the court, is not new to music or DJing. Since the age of 14, Seikaly has had a music room in any home he has lived in. Here, Seikaly plays music for friends and parties. Any type of event, and Seikaly is the one behind the decks. The more friends and friends of friends were exposed to Seikaly's talents, the more he was encouraged to share his DJing skills and selection with the public. In 2007, Seikaly was convinced to play out for fun, and the DJ rollercoaster ride has not stopped. "Sports will always be my love. But music will always be my passion," Seikaly--now an in-demand DJ and producer--states.

Seikaly's music background is diverse. This is apparent n his DJing style. Growing up on everything from Barry White to Genesis to Kraftwerk, Seikaly has moved with the times embracing disco at its peak during his teenage years, moving to R&B and developing a kinship for electronic music through all its developing stages. Speaking knowledgeably about various musical eras, Seikaly has an inherent understanding for the music that has inspired him and influenced his unique style. Dubbed "Rony Style" by electronic music heavyweights.

"It's underground" Seikaly explains. "But it is also not music that is going to scare you away. It is groovy, sexy club music."

Pete Tong named Seikaly as one of the most underrated DJs of the year in DJ Times Magazine's 2009 Top 100 DJs, stating that Seikaly was "on fire." Seikaly himself is possibly the one having the most fun in any nightclub. His enjoyment in playing music and seeing the crowd's reaction is a huge part of the experience.

""When he DJs at LIV or Story, [Seikaly] always brings out the A-list crowd--both socially and musically," states David Grutman, owner and operator of the lavish, high-tech LIV & Story nightclubs in Miami Beach.

"It's a showcase," concurs Frederic Henri of Paris' infamous hotspot, Queen. "[Seikaly's] talent has made him Queen's 2010 revelation. His following is getting bigger and bigger with each visit. The French are discovering his sound."

Grooving in the booth has extended Seikaly's musical involvement to original productions. Hes had numerous releases on Beatport and Itunes and maintains an arsenal of unreleased tracks that he plays exclusively in his sets.

His very popular weekly "SugarFree" Radio show on Sirius/XM is one of the hottest shows on Radio and further proves his musical diversity playing more of a downtempo style that has gained many followers.