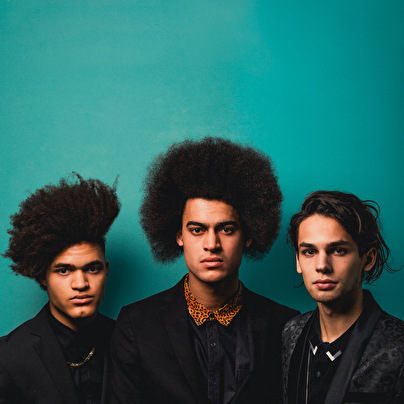 Hunting The Robot is the Dutch groovy afro indierock band consisting of singer Elvin (mid), guitarist Gijs (right) and drummer Lloyd (left). After an EP and single in 2011 with appearances on national radio and TV, Hunting The Robot retreated to work on their debut album. With an overwhelming crowdfunding campaign (2000 euro of donations within 4 days time) they took the opportunity to deepen out their sound in a home recording process. Now the warm grooves of young indierockers are back. Besides Foals and Yeasayer, the turntable in their home studio had some noticeable spins of Fela Kuti. The african vibes on debut LP (early 2014) will be even more uplifting live; the young lads bring brass, congas and backing vocals.