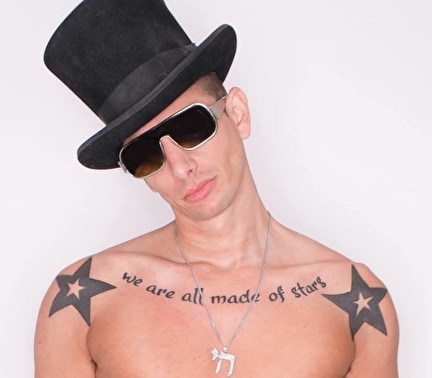 Clubkids & Undergorund dance music patrons became loyal fans, as evidenced by the large crowds that attended his performances. As his fan base grew, his residency list grew as well. He claimed the Resident DJ title at the world famous & infamous Tunnel Nightclub which packed in over 5500 attendees every weekend Saturday nights in the Chandelier Room, Mezzanine, Nu Room & Main floor guest perfromances. Not only was this where he fell in love with and first nightclub he ever attended, it later turned into a Saturday residency spanning over 4 years, from 1998 till it closed it's doors in 2002', While rocking the decks at Tunnel on Saturdays, Fridays were spent performing at the world famous Limelight Nightclub, hosting events in the Chapel & H.R.Geiger room. He also shared main floor slots with the likes of Astral Projection & Scott Henry. YB also claimed the residency title at Club Exit, Club Shelter, Club Love just to name a few. Along with his residencies, YB has also electrified the crowd at countless raves up and down the East Coast, spanning territory from Philadelphia all the way down to Florida. Back in 2007, YB was the mastermind behind the Tunnel Reunion party at Club Element, which drew over 2000 attendees and brought together a group of DJ's that were a staple to establishment in honor of such a priceless time in nightclub history that Tunnel created for thousands of loyal "Tunnel Rats" which became a nickname to anyone who considered Tunnel there home on the weekends and just lived patiently waiting for the next one to arrive.

After the total demise and city crackdown to close all major nightclubs in NYC after 2001. NYC dance music scene and industry was at a all time low, where there used to be 6 to 8 mega nightclubs open each weekend and the smallest venue had a capacity of 3000. & the largest pushing upwards of 6000. The resident DJ Title was a thing of the past. The era of smaller low key venues emerged and YB was determined to continue on and re-create the magic of a era now a thing of history. "Lost & Found" was created and conceived as a monthly party that has been held in Club Rebel & Club Love with One Off's @ Santos Party House & Sullivan Room. This monthly party was dedicated to bringing the raw energy of house music to the people. Lost & Found has showcased the music of legendary DJ's : Eddie Biaz, Merrit X, Johnny Vicious, Steven Lee, Dylan Drazen & Gonzo just to name a few. After 2 years learning the trade of event coordinator in November of 2011 YB began a new monthly called "No Sleep Till Brooklyn" which was showcased at the Morgan warehouse in Brooklyn. This new monthly showcased world class talent from around the country .. It's all about getting good people together under one roof and enjoy that magic from music & dance. During 2011 & 2012 No Sleep has packed in over 700 attendee's under 1 single night. Special guest DJ's have included Alex Pearce, Will Clarke, The Scumfrog, Hector Romero, Erica Rhone, Lush Bunny, Vito Fun, Alex Funk, Jason Jinx, Lemar Soulflower and Eddie Baez.

Currently when not on tour, Yentalbeats has been holding down 2 new monthlies both held in the Lower East Side of NYC. The first called "The Art Of Sound" which is held once a month at Tammy Hall and the second called "Quarantine" held at Cocktail Bodega Lounge Underground. He has shared nights along side DJ's Mike Khoury, Michelangelo, Scott Dickie of Wildkats, The Scumfrog and many more to come in the near future.

YB also performs at the world renowned Burning Man festival held yearly in Black Rock City, Nevada, which is known globally as one of the biggest art and music festivals to date, and spans 7 days with over 50,000 attendee's every year. Over the past 5 years YB has been a part of the Robot Heart sound camp, which has gained enormous popularity from being the loudest mobile sound car on the playa. He has shared DJ nights with the likes of The Scumfrog, DJ Dan, Elite Force, Atish just to name a few.

While YB is a phenomenal on-site DJ, his mix mastering skills have been showcased in the studio as well. To date, he has 22 CD compilations, with his most recent CD titled, "Future Sound Music " Which has just been released on soundcloud. Currently YB is working on his own original productions in the deep tech house genre with a E.P release date set for this winter.His style is not one of a certain genre. On any night you can catch him playing anything from Tech-House to Techno or Deep House. His earlier recordings included his original roots of Electro House,Chicago Hardhouse, Booty House & US Hardhouse.
YB continues to move people with his musical finesse and makes his mark by creating the music and environments that leave lasting impressions. For Yentalbeats the music will never stop. The hard beats will never fade. The party will never end...