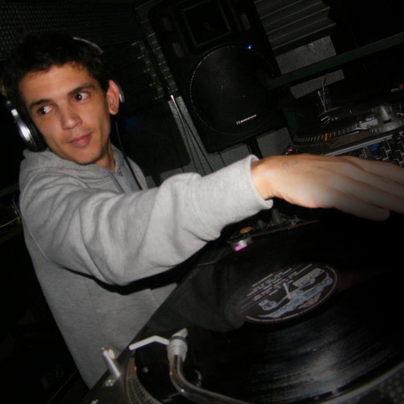 Influenced very young by the electronic music scene (mainly by the Eurodance period but also with artists like Cerrone, Deep Forest or Moby), Belka or also Math Belka began to use turntables around 2001 in HardTrance & Happy Hardcore (Makina) Styles. It's only in 2005 that Belka discovered the free party scene in a little rave around his city. Some fews raves and a Teknival (Anti Sonar 2006 - Spain) made him deffo entered into the spiral. In 2009, Belka met Jack Acid (Spiral Tribe) and Neurokontrol (Astrofonik) and becomes motivated to start his music production. After some months in works, Belka created Graffiti Sonore with Oktober One, an easy concept : make Rap on 200bpms ! The concept interested Astrofonik Records, and the label been created. The first 12" went out the 01/01/2010. Belka released his first tracks on the Graffiti Sonore 03 the 01/02/2011 and becomes more active under Astrofonik Records. After played in several free partys, and after one season of his own radio show on internet, Belka finally played in officials partys in famous Spanish club as Millenium, La Cova, Mama Mandawa, Replay, Sala Cosmic and more. In 2013, he entered in "SubConscious Inc", a new Leading Home Edition that now manages labels as Exode Records, Mad Witches Records, Tawa Records, Servo Trax and more.