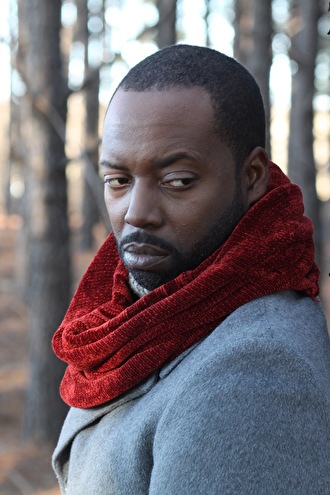 What do DJ KEMIT, soul singer Anthony David, President Barack Obama, and his wife Michelle have in common?

Put simply, they all appreciate good music. And as for DJ KEMIT, he's the creator of "4Evermore," the No. 1 Adult Urban Contemporary song that put Anthony David on the Obamas' radar. It put David on the map, too, with his first Top 20 R&B hit.

After decades of DJing, touring the world, and moving innumerable crowds with his signature sound, DJ KEMIT's unparalleled production chops had caught the attention of the globe's most powerful couple.
→ lees meer
What do DJ KEMIT, soul singer Anthony David, President Barack Obama, and his wife Michelle have in common?

Put simply, they all appreciate good music. And as for DJ KEMIT, he's the creator of "4Evermore," the No. 1 Adult Urban Contemporary song that put Anthony David on the Obamas' radar. It put David on the map, too, with his first Top 20 R&B hit.

After decades of DJing, touring the world, and moving innumerable crowds with his signature sound, DJ KEMIT's unparalleled production chops had caught the attention of the globe's most powerful couple.

The Obamas made the right call, too, considering how "4Evermore" burned up the radio airwaves, regularly appeared on trend-setting TV shows like "106 & Park," and was immediately billed THE new wedding anthem for today's generation.

But that's just the latest in a string of successes for DJ KEMIT.

Pulling together a who's who of soul, funk and R&B talent for his debut album, EVERLASTING, would have been a feat for any other producer. But not for KEMIT.

He nabbed the heavy-hitters: Grammy-nominated vocalist ERRO, aka Eric Roberson; hip-hop super crew Hieroglyphics founder and producer Kev Choice; co-vocalist from U.K. soul sensation Loose Ends, Carl McIntosh; Jean Baylor of Zhane; Mykel McIntosh, a vocalist with appearances alongside Nas and Hill; Terrance Downs, who's appeared with Ananda Project; Craig Love, producer for Usher; soul powerhouse N'Dambi; vocalists Lady Alma and Choklate; along with Frank McComb, who has a debut of sorts himself on EVERLASTING behind the keys.

How did DJ KEMIT land such massive talent for his debut? His penchant for impeccably crafted songs and honoring his collaborator's genius -- a constant refrain from any artist he's worked with.

While EVERLASTING recently has taken center stage, DJ KEMIT has long been a sought-after producer for remixes such as "Still" by ERRO, "On the Beach" by Leon Ware, and the "4Evermore" remix for David's EP "Location, Location, Location."

DJ KEMIT is also internationally known for his production work as one-half of KemeticJust. Within a year of joining forces, he and Justin Chapman, aka Just One, had their first release, "Wishin'," picked up by King Street -- one of the world's biggest house music labels -- courtesy of house music legend Lil Louis.

So why are you just now "hearing" about KEMIT? The truth is that you knew him all along.

When KEMIT, better known to family as Kevin Hyman, saw a fellow 12-year-old boy DJing, that was it. He'd found his future. Although his first record was "Planet Rock" by Afrika Bambaataa and the Soulsonic Force, the disco and house music blasting from Chicago's airwaves managed to reach his hometown of Milwaukee and is the music he first learned to mix.

Years later, shortly before graduating from Howard University, his high-school friend – now named Speech and co-founder of Arrested Development – invited KEMIT to join him. That would be his first step onto the international scene, first as the group's production manager, then as the DJ.

Arrested Development was the first rap group to win Best New Artist at the 34th Grammy Awards in 1992, and they also earned a Grammy for Best Rap Performance by a Duo or Group that year. MTV awarded them Best Rap Video in 1992 for "Tennessee," and in 1993 for "People Everyday." They were named Band of the Year in 1993 by Rolling Stone, and almost 20 years later, in fall 2012, KEMIT was featured in the BET series "Unsung" about the ground-breaking group.

KEMIT left in 1996, but not without recognition for his production work on the group's Grammy-nominated second album, Zingalamaduni.

You know KEMIT because as a DJ, he's woven a sonic tapestry of house music standards, rare soul grooves, Afrobeat and hip-hop classics that have made party-goers and tastemakers put him on the short list of the world's best DJs for nearly 20 years.

Among those tastemakers are household names such as Prince, Janet Jackson, Steve Harvey, Jane Fonda, Jermaine Dupree and Bryan Michael Cox. They've all welcomed him as a special guest DJ. And he's been a touring collaborator for diverse, critically acclaimed groups in locations as far flung as Oslo and Tokyo.

And you've likely attended or heard of the legendary FunkJazz Kafe, the National Black Arts Festival, the Soul Train Awards, House in the Park, Roy Ayers, Robert Glasper, Musiq Soulchild and Blackstreet – all projects, parties or artists that KEMIT has graced.

KEMIT stayed connected to his hip-hop and soul roots as a founding member of the Chronicle, Yin Yang Café's famous house band that backed would-be superstars such as India.Arie, Goodie Mobb, OutKast and Donnie in the mid-'90s.

Inevitably, KEMIT connected with like-minded artists who found a home at Yin Yang and became a producer for DATBU, a hip-hop trio led by bassist Divinity – who later became Beyonce's touring bass player. DATBU self-released Fool Proof in 1997 and opened for several notable hip-hop acts including the Roots, Guru, Jeru the Damaja, the Rza, Organized Noise, De La Soul, the Pharcyde and the Alkoholics.

KEMIT continues his uncanny use of the turntables as an instrument with live sets alongside the likes of the Robert Glasper Experiment. Watching KEMIT do his thing is like taking a master class in turntablism.

You know KEMIT from his work with Cooly's Hot-Box, led by Angela Johnson and John-Christian Urich (now with Tortured Soul), and Laurnea of Loose Ends fame – artists who represent the beginning of what we call Neo-Soul.

While music lovers were taking note of groups like the Brand New Heavies and Incognito, KEMIT had a hand in one of Cooly's most memorable cuts -- "Wasted Time" from the group's Take It album. It was recently re-released on Cooly's Choice Cuts compilation. For Laurnea, KEMIT produced "Just A Little," "Sun Don't Rain" and "Betta Listen."

In all, KEMIT'S work as a producer has established him as an artist who combines the best parts of the music he spins to create a unique sound that is as refined and authoritative as the man himself.

KEMIT is instrumental in guiding the house, soul and hip-hop scenes in Atlanta – and beyond. It's an important task given the city's influence on American music everywhere. When people look to Atlanta, they have to look to KEMIT – and based on his superlative body of work, past and future, things are looking good.