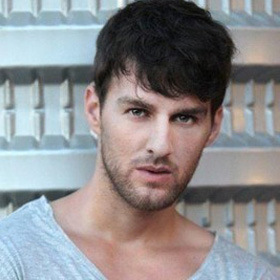 Rafha Madrid's beat intertwines from different brushes of electronic music and house music, which makes his sets such an exuberant and energetic experience where the audience is unable to stop dancing. Rafha Madird started his Dj career by chance since he had never envisioned himself as a Dj in his youth. Nonetheless, he has always been a night owl, enthusiastic in a dance floor, and passionate of a sportive life. With such spirit, he found himself one night in a friend's house playing around with a mixing table where he discovered what now is his greatest passion; music.

Rafha has stated that "the best of being a Dj is being able to think and feel the music where then you can transform it into different sensations for the audience through the mixing table. What matters the most is to reach your audience's hearts through music."

Rafha started as a Dj in 2005 when he was only 22 years old in Chicko Malo, a colorful and small club in Barcelona now long gone. Chiko Malo was a spot to pay a visit in Barcelona's nightlife back then. His sudden career as a Dj was hard initially due to the difficulty to break in into the scene, until he played a warm up session in Café Olé Ibiza Festival in 2012 in Razzmatazz club in Barcelona. From then on, he often played as a guest Dj in Café Olé in Space Ibiza, which is the most awarded club in the world, and the number one ranked this year in the English DJ Magazine.

As a producer, his work is a mirror effect of his sets on the dance floor; his inspiration comes from the classical tribal with addition of the sounds the audience demands, but completely moving away from the sound of commercial house. Rafha has edited songs with Stereo Productions such as "Tumba la Casa", which has become one of the most danced songs in Latin American clubs. Another of Rafha's productions, the song "Rumbo Ibiza" has become a hit played by great Dj's worldwide. Also, Rafha has worked together with the great producer Albert Neve for the "Café Olé Ibiza" CD mix.