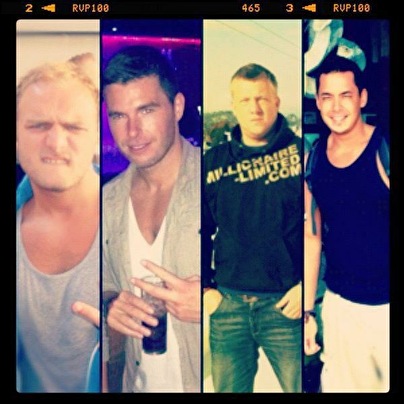 Agent X first came to success in 2001 when their debut single "Decoy", initially made as a college project, became one of the biggest Dance records of the year. Until this day "Decoy" is considered a UK Garage classic and continues to feature on many compilation albums including Kiss 100's DJ EZ's successful series of Pure Garage [1] Since their formation the team have diversified in music genre and style, which has allowed them to remain current and at the forefront of new music. As DJ's Greg & Leon started there career on pirate radio stations rinse fm and shine fm before being invited to join a new station from the BBC BBC 1Xtra hosting shows between 2002-2005. They regularly DJ across the UK and European countries including dance mecca Ibiza. In 2007 they collaborated with a then unknown rapper Tinie Tempah & Ultra for "Perfect Girl" this garnered the attention of several A&R people and led to a string of production duties for Agent X. 2009 saw them collaborate once again with Ultra and former Sugababes member Mutya Beuna for the club hit "Falling". In 2012 they released the "Prime EP" featuring hot new acts 'Kids of '91' and Scrufizzer shortly followed by the successful "Deepside" series and scored their first UK #1 with the international hit "Turn Up the Music" by Chris Brown.

In addition to working on their own material, Agent X have written and produced for a range of artists, including successful British, American, Australian, Italian and Korean acts. Notable releases include songs with Chris Brown "Turn Up The Music" (UK #1 Billboard #10), Cheryl Cole "A Million Lights (UK #2 Album), Fabri Fibra "guerra e pace" (Italy #1), Tinie Tempah, Skepta, H "Two" O (UK #2) Platnum "Loveshy" (UK #12) and more. The 2010 collaboration with Grime rapper Skepta "Rescue Me" peaked at #14 in the Official UK Singles Chart. Greg Bonnick initially sang the demo and although uncredited as the singer, Greg's vocals were used on the single's hook. All four members of Agent X made a cameo appearance in both Skepta's music videos.