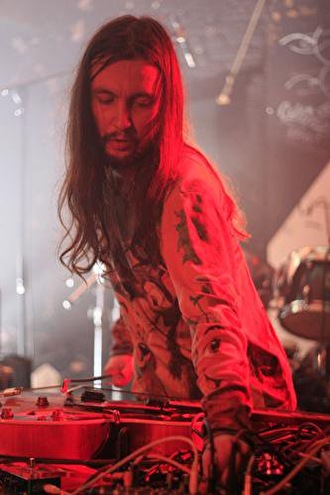 Cédric recently dusted off his Acid Kirk alter ego to reprise his
experiments in the progressive acid techno domain and - for the next
couple of years at least - will be DJing and performing this fresh
material live at various events. A new EP titled "Out of the Blew" was released in February, co-produced by the labels WeMe and First Cask. This revival of interest brought a lot of new bookings and Acid Kirk is now back on the international scene, playing in main events in cities such as Den Haag (The Netherlands), Rome (Italy) or what could be seen as a consecration, a gig in the most world-famous organization of underground rave parties: Bangface (n°72) in the center of London (U.K.)