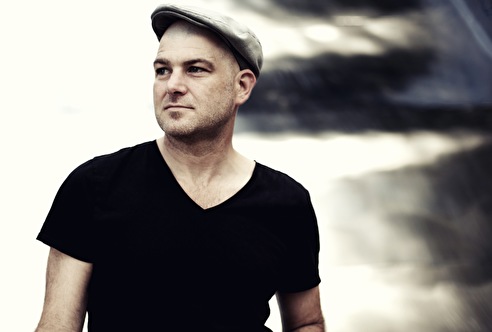 In the early nineties, Walker started playing bass in a funk-rock band called Mobius Trip. The band recorded in Los Angeles with the Dust Brothers of Paul's Boutique fame and with Beastie Boys keyboardist Mark Nishita. Walker threw down on a range of projects— including a Lemmy remix, and Vince Neil's solo record. From there Walker's journeys led him to Santa Fe, New Mexico where he continued to hone his bass playing and recording chops. It was there that Walker had his warehouse party dance floor awakening and at that moment he began to transpose his live music experience onto the grids of house and techno.

Not long after the awakening, while living in a teepee outside Santa Fe, Walker got a call from a friend in NYC who was looking for a producer/engineer to come work at a downtown hip hop studio. He thought that sounded pretty good, so with fifty dollars in his pocket, he boarded a plane bound for New York. Walker spent the next two years at the epicenter of underground hip hop, working with a long list of artists such as Company Flow, Saul Williams, Mike Ladd, Rob Sonic, Mos Def, Cannibal Ox and countless others.

During this time, Walker also worked closely with producer and engineer Mike "Tweakin" Rogers, who engineered Deee-Lite's first record, as well as countless classic Chicago and New York house releases. He collaborated on a string of releases with Jaymz Nylon for labels such as Nitegrooves and Dirty Loop/3 to 5, and produced a track for Saul Williams' Big Dada release, "1972. When he wasn't in the studio, he was playing bass and live electronics in lofts parties, warehouses, bars and clubs all over the New York and the East Coast.

However, by 2000 Walker began seriously longing for the open skies and high mountains of New Mexico and so moved back to Santa Fe, where he began the serious study of recording and mixing music. In 2003 he designed and opened his own studio to facilitate the production philosophy he had developed through his previous decade of experience and during the next five years he produced and engineered numerous records, including the 2006 Grammy winning album "Sacred Ground".

Walker's studio also became the home base for the small but incredibly fertile dance music scene in Santa Fe. Along with his partner, Sylvie Forêt and a family of like-minded musicos, Walker threw epic open air parties in exotic locations, inviting artists such as Bruno Pronsato, Bodycode aka Portable, Lee Curtiss, and Mikael Stavöstrand.

Walker has been a valued member of the Berlin scene since 2008 – his regular appearances around venues such as Club der Visionäre, Watergate, Wilde Renate, Chalet, Katerholzig and a live performance for Panorama Bar soon earned him a reputation as a mastermind of the dancefloor. Nowadays, you can increasingly find Walker slinking around various musical extravaganzas worldwide. Look for his tunes on labels like Private Gold, Vakant, Serialism, Dumb Unit and Jack Off.