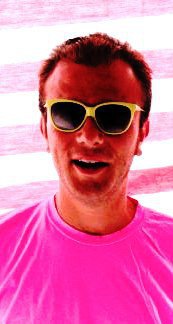 Tonylight is a real 8bit techno-dadaist that uses gameboys and homemade analogue drum machines in his detroit influenced club sessions.
He lives and works in Milano, Italy.

In his life he combines soldering and music making.

As a musician and explorer, he has been fascinated by 8Bit music since the beginning and joined the community.
He plays the Gameboy old computers like Nes and Atari ST and analog synth and sequencer, since 2001.
Due to the simplicity of the applied tools, he finds lightness and freshness in the 8Bit scene.