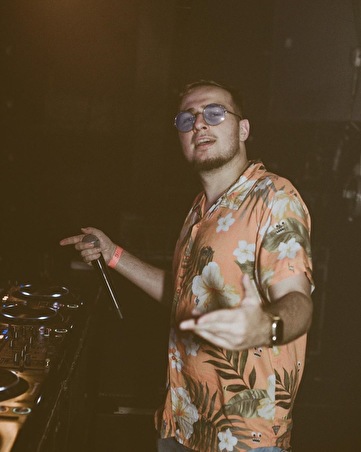 Ibranovski (20), who was born in 1994, has only been on the music scene for a few years, but from the beginning he has proven himself as a natural talent. That is why he was able to quickly convert his passion into devotion and translate his devotion into passion. Just like many of his peers, his interests used to be the usual activities, like sports, chilling and the nightlife. Yet, it was Ibranovski who often went home early or decided to forego those activities to work on his music, even though his friends were not always happy about it. Ibranovski still decided to persevere and he was often inspired in this by the more advanced DJ's/producers in his hometown, Rijswijk ZH.

End 2013 Ibranovski released his first solo track on the major label of Spinnin Records. This track became a major hit and got supported by all major DJ's, which resulted in an unbelievably high beatport rank for a first solo release, the track made it to #16 in the main chart. Not even one month later the track reached more than 2 million views on Youtube, an enormous prestation for a first release.

After a period of setbacks, now, heading into 2014, it is time to follow up all the quietness with a full-blown storm. His studio days are now starting to get the kind of results he's secretly been hoping for and even more. Because the way he set up his track 'Astronaut' sure was a hit; Blasterjaxx, no less, loved the track so much that they offered to make it into collaboration. This record was just released on Doorn Records and did well within the Beatport charts.

Ibranovski 's talent has not gone unnoticed everywhere. He was picked up by the same management as Blasterjaxx and was offered a publishing deal by Next Era publishing. This is the same publisher of great celebrities such as Laidback Luke, Blasterjaxx, Sandro Silva & Deorro. It is a fact that Ibranovski is evolving into a full-scale artist at mega top speed. Yet he remains sober and keeps working really hard on new records to show everyone what he's made of: dream, believe, achieve.