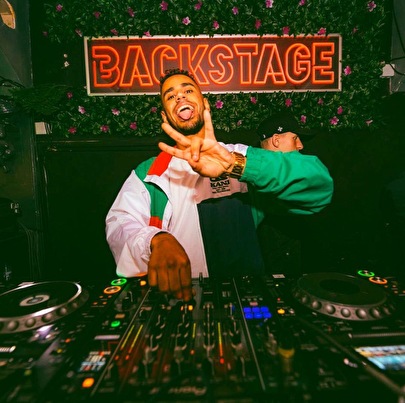 Badd Dimes discovered his interest for music at the young age of seven. What he did not know at that time was that this interest was to develop in the course of the next decade into a lifestyle that he immensely enjoyed and still enjoys until the present day. As a young boy at the age of 14, Badd Dimes decided to absorb himself in music, in first instance with a view to independently creating a number of his own. Following a period of intense rehearsing, his efforts were finally rewarded in 2009 with his first real release on the record label PM Recordings. The record could rely on the support of none other than DJ Chuckie on the day of its release!

Silence then fell around Badd Dimes for a while after that, at the time still active under the name Bader Santos. Due to personal circumstances, he was not able to continue his rising trend in the sphere of music. Later on, this could be considered the soundless calm before the violent storm that lay lurking.

He recently changed his stage name from Bader Santos to Badd Dimes. This change of name is a symbol for the rebirth on a personal level, but particularly on a musical level. With a completely new sound, he hopes to convince the world of his talent and potential. And this rebirth turned out to come as a real bombshell. Signed by the same management of none other than BLASTERJAXX and with the support of deejays none other than Carnage and Billy The Kit, all of the musical pieces of the puzzle are starting to fall into place.

He hit the mark after arranging one of his most recent tracks "Titan", and all of the hard work began to yield visible results. None other than BLASTERJAXX was incredibly impressed by the record and personally proposed to work together with the performer. Just how much potential the track would have did not became evident until after this co-operation was completed. One of the world's best record labels, SPINNIN RECORDS, proved raring to sign the record. This is to result in a mega release at the beginning of 2014!

In addition to "Titan", Badd Dimes also produced numerous other high-quality tracks within a short time and this too did not go unnoticed. In addition to arousing the interest of mega labels, he recently earned a publishing contract with Next Era publishing. This is the same publisher of none other than major performers such as Laidback Luke, Blasterjaxx, Sandro Silva & Deorro, among others.

Despite all of these positive developments, Badd Dimes continues to work hard in the studio in order to show the world what he is capable of. On his way to the top, his slogan will be the answer to both success as well as disappointment: do not underestimate the power of music.